Second Round of Ukraine Peace Talks to be Held in Turkey Today - Rava.pk
Recent View all
Press Release
Read more 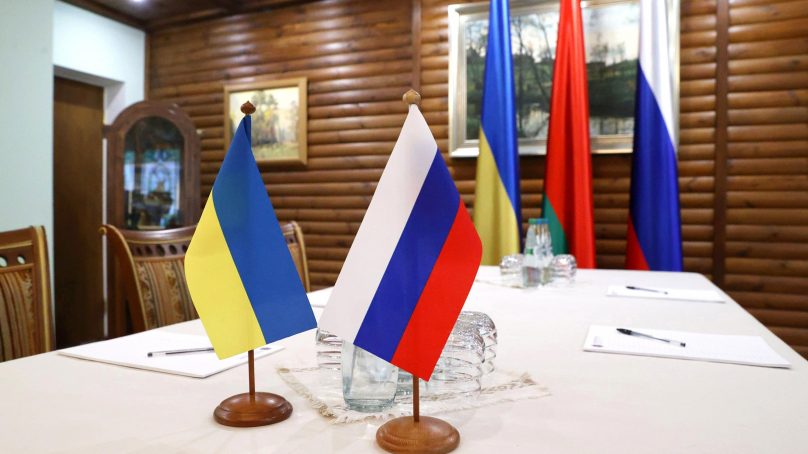 Russian and Ukrainian negotiators will once again have a fresh round of peace talks in Turkey in an attempt to end the ongoing war in Ukraine that killed at least 1,100 people and led 3.8 million to flee their country. David Arakhamia, a Ukraine negotiator and politician, wrote in his Facebook post that the next in-person round of the two delegations will be held between March 28-30. The day hasn’t been confirmed as Kyiv and Russia gave two different days without confirming the location.

The fresh talks were decided after the Russian army said it would focus on Eastern Ukraine. US president Joe Biden expressed his doubts on strategy change. Earlier, the two countries failed to come to conclusion in their first top-level talks in Antalya on March 10. The two sides coordinated via video conference but described it difficult to come to a breakthrough.

Many rounds of diplomatic negotiations have not shown a positive result and the sanctions have failed to halt Putin’s war despite Russians facing tactical and logistical issues. Ukraine’s intelligence chief Kyrylo Budanov stated on his Facebook account, “After a failure to capture Kyiv and remove Ukraine’s government, Putin is changing his main operational directions. These are south and east.”

Hoping that peace talks will have a positive result in favor of war-hit Ukrainians. What do you think?

Bengaluru: School Girl Asked to Remove Hijab for Board Exams