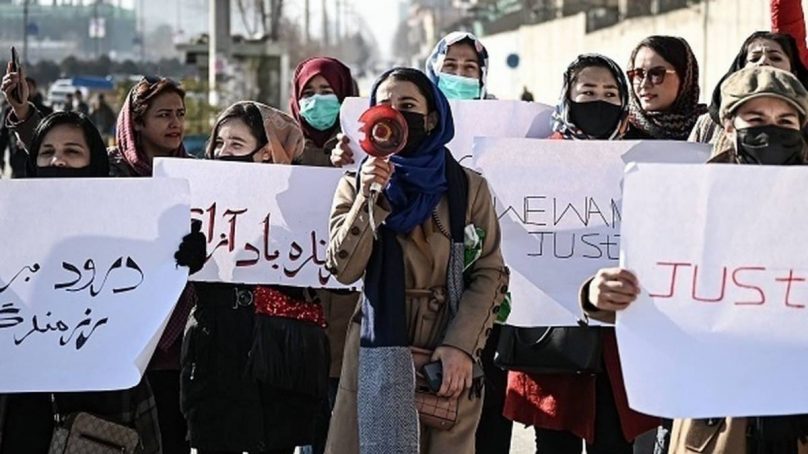 Afghan women marched in a crowd to the Afghan capital against the Taliban who have been accused of secretly killing soldiers who have been the part of US-backed regime. Almost 30 women gathered by a mosque in Kabul and marched down the chanting “justice, justice”. The Taliban forces then intervened and stopped them. The Taliban are doing everything in their power to prevent journalists from covering the event of the march.

There are said to have mysterious murders of young people including the country’s former soldiers. Taliban have detained the group of reporters and seized their equipment and deleted images from photographers’ cameras.