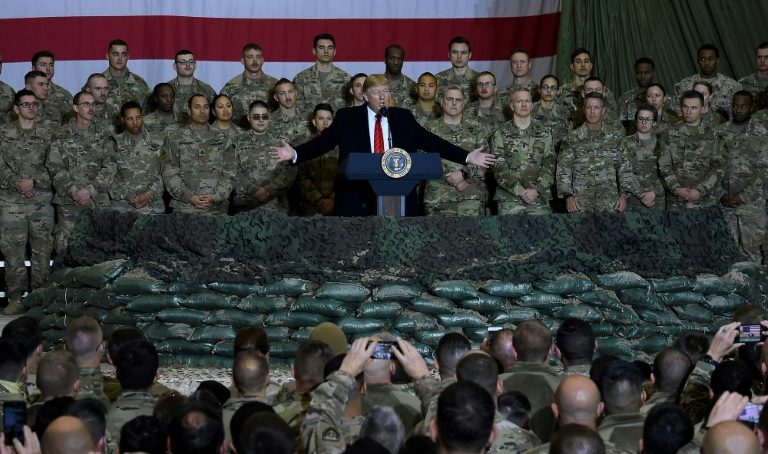 On a surprise visit to Afghanistan, President Donald Trump said Thursday the United States had resumed talks with Taliban insurgents.

“The Taliban wants to make a deal and we’re meeting with them and we’re saying it has to be a ceasefire,” he told reporters.

“There’s nowhere I’d rather celebrate this Thanksgiving than right here with the toughest, strongest, best and bravest warriors on the face of the earth,” the president, who was making his first trip to the war-torn country, told the troops.

“I’ve just come from serving Thanksgiving dinner to some of you… and we had a good time.”

“I hope everyone enjoyed the fantastic meal, it certainly did look good and hopefully everyone can get some well-deserved rest this holiday.”

Iran’s Khamenei rules out talks with US

PM Johnson on verge of resounding win in UK’s election