Home  »  International   »   Tensions in occupied Kashmir have potential for increased regional instability: US 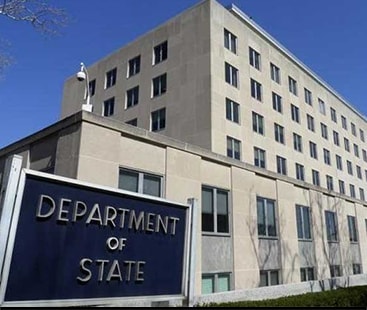 Tensions in occupied Kashmir have potential for increased regional instability: US

The United States has cautioned that India’s revocation of occupied Kashmir’s special status may have broader implications and result in increased instability in the region.

The US Department of State, in a press release, said it would continue to support direct dialogue between India and Pakistan on Kashmir and other issues of concern.

“[We are] closely following India’s legislation regarding the new territorial status and governance of Jammu and Kashmir. We note the broader implications of these developments, including the potential for increased instability in the region,” the press release stated.

“The US calls for calm and restraint by all parties. We continue to be concerned by reports of detentions and the continued restrictions on the residents of Jammu and Kashmir.

“We urge respect for individual rights, compliance with legal procedures, and inclusive dialogue with those affected.

“We call on all parties to maintain peace and stability along the LoC, including taking firm and resolute steps to combat cross-border terrorism,” it added.

India rushed through a presidential decree on Monday to abolish Article 370, which revoked the special status granted to occupied Kashmir and made the state a Union Territory with the legislature. The move followed days of uncertainty in the region that began last week when New Delhi ordered tourists and Hindu pilgrims to leave “immediately” and sent thousands of additional troops to the disputed valley.

India had not informed of move to end special status to IoK: US