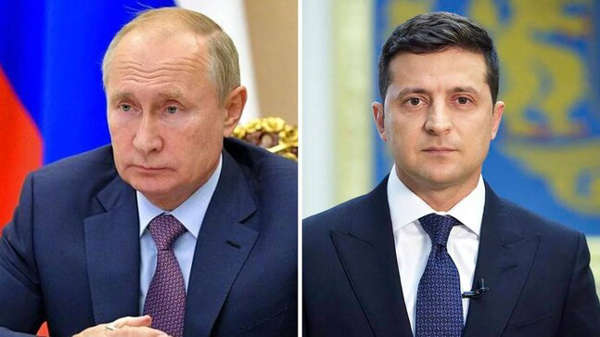 Ukraine to Hold Talks with Russia at Belarus Border

Four days after Russia unleashed a full-scale invasion on Ukraine, the two countries have finally agreed to hold talks at the Belarus border. The talks will take place without preconditions and are the result of a phone call between Ukrainian President Volodymyr Zelenskyy and his Belarussian counterpart. In a televised statement on Sunday, Ukraine’s foreign minister stated that his country will “not give up a single inch of… land” after agreeing to talks with Moscow.

Lukashenko ensures that all the planes, missiles, and helicopters on the Belarusian territory do not leave the ground until the Ukrainian delegation travels, talks with Russia, and return safely. The development also took place after Russia initiated and sent a delegation earlier to commence a peace negotiation with Ukraine in Gomel city. However, the Ukrainian president rejected this offer.

Zelensky stated that Russia has been carrying out some attacks on Ukraine from Belarus which is why the talks are necessary, adding that he is open to talks only in locations where there is no danger or aggression to his country.

Oksana Markarova, the Ukrainian Ambassador to the USA stated, “Our president from the beginning, even before the war started, always was focused on the diplomatic solution. And even after they started the war, he actually called for peace talks all the time. But he always said, ‘we are ready for peace talks, we are not ready to surrender”.

Will the talks help de-escalate the current situation?