Home  »  International   »   Ukrainian airliner crashes in Iran; all 176 aboard dead 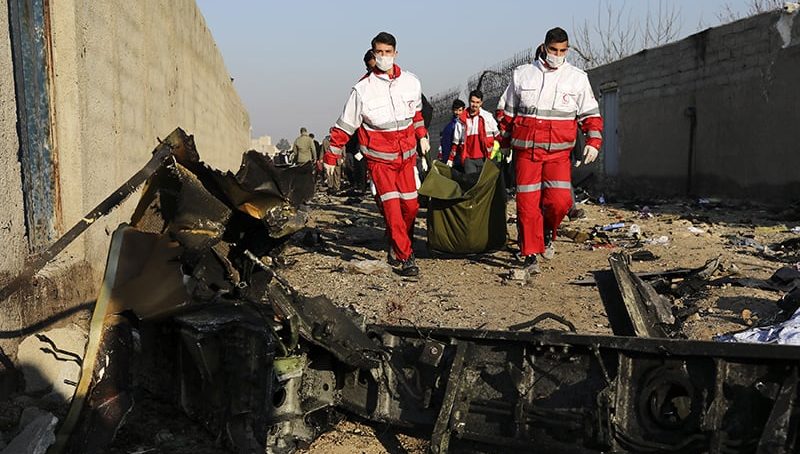 Ukrainian airliner crashes in Iran; all 176 aboard dead

Iran’s state television said that a Ukrainian airliner crashed shortly after taking off from Tehran’s Imam Khomeini airport on Wednesday.

Ukraine President Volodymyr Zelenskiy said all 176, including 32 foreigners, on board died.

“My sincere condolences to the relatives and friends of all passengers and crew,” Zelenskiy said in a statement, adding that Ukraine was seeking to establish the conditions of the crash and the death toll.

Ukraine International Airlines did not comment on the deadly crash.

Television footage showed wreckage and smoldering engine parts were scattered across a field, and rescue workers with face masks retrieving bodies of the victims.