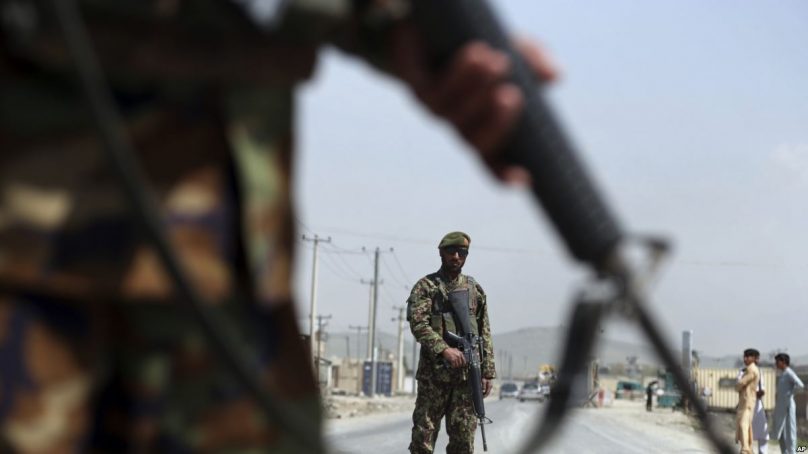 The US military has stopped tracking the amount of territory controlled or influenced by the Afghan government and militants, a US watchdog said on Tuesday, one of the last remaining public metrics that tracked the worsening security situation in the war-torn country.

The move comes as US and Taliban officials have held several rounds of talks aimed at ensuring a safe exit for US forces in return for a Taliban guarantee that Afghanistan will not be used by militants to threaten the rest of the world.

The Taliban announced the start of a spring offensive in early April. Even before the announcement, combat had intensified across Afghanistan in recent weeks and hundreds of Afghan troops and civilians have been killed.

The Special Inspector General for Afghanistan Reconstruction (SIGAR) said in a report published late on Tuesday night that the US military had told the watchdog it was no longer tracking the level of control or influence the Afghan government and militants had over districts in the country.

The NATO-led Resolute Support (RS) mission in Afghanistan had told SIGAR that the assessments were “of limited decision-making value to the (RS) Commander.” Colonel David Butler, spokesman for US Forces in Afghanistan, said that while Resolute Support was no longer doing the analyses, the intelligence community did its own classified assessment of districts controlled by the government and Taliban. He did not speculate on whether the intelligence community analyses would continue or not.

“This much is clear: There’s even less information for American taxpayers to gauge whether their investment in Afghanistan is a success, or something else,” John Sopko, the head of SIGAR, said.

A January report put districts under government control or influence at 53.8 per cent covering 63.5 percent of the population by October 2018, with the rest of the country controlled or contested by the Taliban.

Experts said that the move to stop tracking the key data was worrying because Washington had publicly set a benchmark which would now be difficult to measure.

In November 2017, the top US general in Afghanistan at the time set a goal of driving back Taliban insurgents enough for the government to control at least 80 percent of the country within two years.

“If the military is not going to be tracking that data anymore, that is going to make it a lot more difficult to get a sense as to how strong the Taliban is,” Michael Kugelman, with the Woodrow Wilson Center, said. “That may well be the military’s intention,” he said.

Over the past few years, the US military has restricted data on the Afghan war being shared with the public, including the size of the security forces, casualty numbers and the attrition rate for the Afghan National Defence and Security Forces (ANDSF).