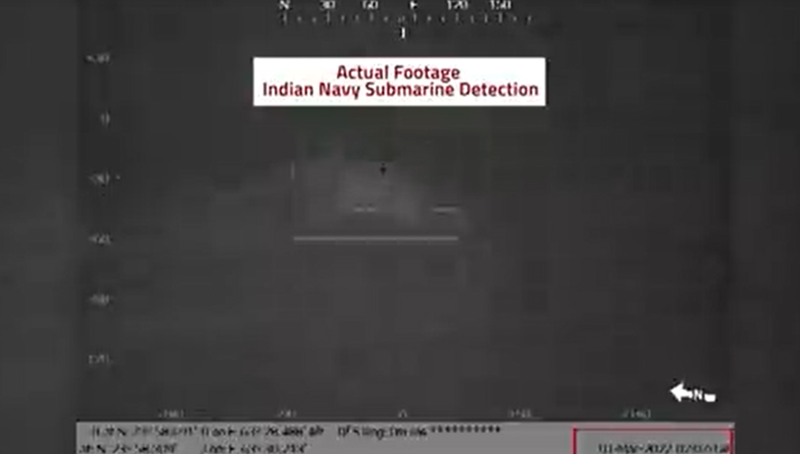 Caesar’s phrases Veni, Vedi, and vici are suggestive of a ‘swift and conclusive’ military victory, which literally means I came, I saw, I conquered. This also reflects Caesar’s intent, when he campaigned for conquering cities around Rome in the year 47 BC. If we modify the three worded Latin phrase to Veni, viderunt, vulneror, which means: I came, they saw, I’m exposed, and apply it to the Indian submarines, which are routinely detected by the Pakistan Navy, it would be a perfectly articulated expression highlighting the ‘getting caught trauma’ of the Indian submarine commanders. Indian submarines have been intruding into Pakistani waters for the last few years and each time these were picked up by the anti-submarine warfare aircraft stewarding Pakistani maritime zones. Veni, viderunt, vulneror stayed valid each time.

The latest detection of an Indian Kalvari class submarine came at a time when Pakistan Navy’s live weapons firing drills were underway in March 2022.

It is obligatory for any country that intends to conduct firing, with the live weapons at sea, to issue cautions through worldwide notices. In these notices, the area coordinates, types of weapons, and their impact are generally mentioned. These provide ample time for the ships to plan their routes to avoid getting close to the firing ranges. The same globally recognized protocols were adhered to by Pakistan Navy in the instant case in point.

Notwithstanding the above, such an imprudent placement of a subsurface vessel by the Indian Navy, dangerously close to live weapons firing drill region, jeopardizes the safety of men and material, and only utter professional ignorance could lead to such naive misadventures

The Indian submarines’ detection in the North Arabian Sea is not something new, because Pakistan Navy’s air arm is highly accustomed to it. Nevertheless, the sordid disregard for the military operational norms having no safeguards for the unannounced encounters at sea has always been a serious matter for the maritime nations. This threatens the safe conduct of military operations and compromises the safety of life at sea. The Indian sub detection did exactly the same; because outlandish tactical blunders invariably lead to unwarranted strategic catastrophes. This episode clearly indicates Indian operational mediocrity, which is an expected outcome of a reckless naval doctrine.

India and Pakistan, with a history of wars and unstable bilateral relations, now have relatively structured ‘crisis stability’, which means both try not to incentivize war. This signifies depriving each other of the opportunity or a chance to strike first. India’s act of deploying submarines close to the Pakistani coast and then getting detected perturbs crisis stability, which is indicative of compelling Pakistan to strike Indian submarines. Pakistan, on its part, has shown unequivocal restraint and on all previous occasions did not choose to hit any of the Indian boats. However, Indian disdain of international norms, which is quintessential to ‘rules-based order’, is a lack of strategic acumen in a regional stability construct.

Indian 209 Class submarine was detected on November 14, 2016, by Pakistani naval aviation. An actual video recording was shown to the media, which India denied. On March 4, 2019, India’s latest Scorpene (Kalvari) Class submarine was picked up, tracked, and forced to the surface by Pakistani long-range anti-submarine aircraft. The footage, silhouette, sail, and shape of periscopes had proven it to be, undeniably, an Indian submarine. India, as per the traditions, refused to accept it to be the Indian sub. It was later learned that the submarine commander was fired upon reaching back to Mumbai harbor. On October 16, 2021, another Kalvari class submarine was detected off the Pakistani coast. It was tracked longer than the previous occasions. India termed this detection as an ‘unverifiable Pakistani claim’. The fourth time, on March 1, 2022, another Kalvari was spotted inside the Pakistani maritime zone. As Pakistan Navy’s joint war game, SEASPARK, was underway so such an egregious Indian lurking was anticipated. The naval aviators were on the hunt.

India’s handling of weapons of war is a big question mark given the incident of erroneous cruise missile firing into Pakistani territory on March 9. 2022. Nuclear material thefts have been routinely reported from India. According to SASSI, between 1994-and 2021, there have been 18 nuclear material thefts and loss incidents, which totals 200 kilograms of Uranium. There have been several Indian submarine and surface ships accidents in the recent past. IN ship Betwa toppled inside a dock, IN submarine Arihant flooded and almost sank inside the harbor and IN submarine Sindhurakshak had a major fire on board, and a couple of years later, sank. With such an appalling record of safety, security, and maintenance one may ask ‘who is incentivizing war’, and the answer would clearly be: India.

In order to avoid being labeled with Caesar-like phrases, Veni, viderunt, vulneror, and Indian submarines must lay off from Pakistani waters. The pattern of detection and the probability of being caught points to one bitter reality that the Indian Navy’s condescending approach to sensitive matters of crisis and conflict must change. There are several credible ‘lines to take’ and the Indian navy might like consulting Stephen Covey’s second habit, ‘begin with the end in mind’, a line to take before sailing subsurface vessels to Pakistani maritime zones next time.