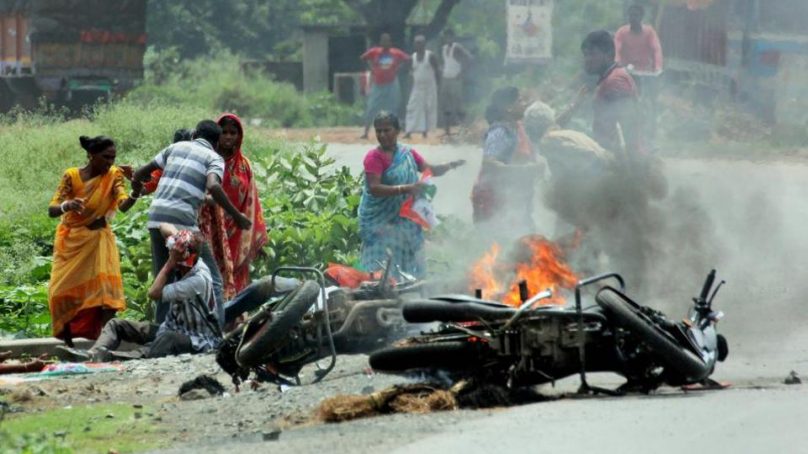 Violence broke out in West Bengal on Tuesday as India conducted a democratic exercise making 175 million citizens eligible for vote in two years for five regional elections. Despite COVID-19 active cases’ upsurge, the elections are being held in India.

According to the police, two people were killed on Tuesday including a mother who was a BJP supporter and a 30 years old TMC member. Shoot-out took place outside many polling stations in the capital Kolkata wounding 20 people.

The senior BJP member, Dilip Ghosh, confirmed that the voters have been threatened to stay at home and not vote in many villages.