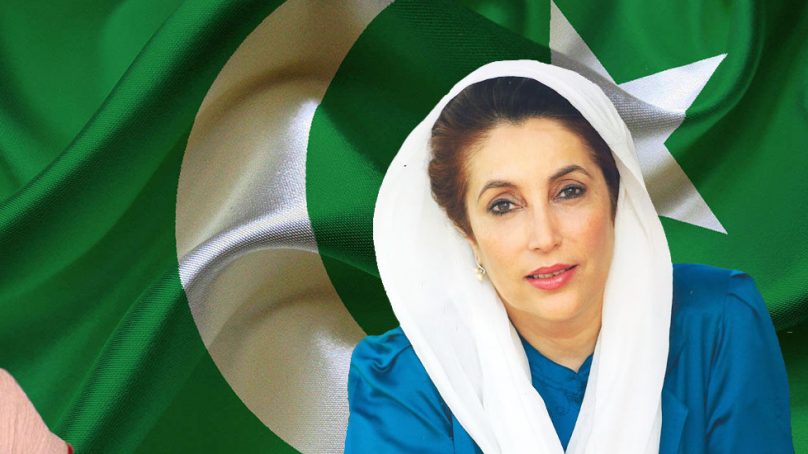 A History of Character Assassination of Women during Elections in Pakistan

The rise of women leaders and activists in Pakistan has been accompanied with a rise in attacks on women’s characters; another way through which politicians try to weaken the position of the opposing party.

“The law must be gender-blind. Democracy cannot work if women are subjugated, uneducated and unable to be independent.”

In the aftermath of the recent disqualification of Pakistan’s Premiere, political responses in the country have once more stooped to boorish demagoguery and mud-slinging. Embarrassing as these ignoble displays have been from such respected offices, the phenomenon is far from novel, and is enjoying its traditional magnitude of screen-time and very public analytic dissection of each new development. What is unfortunate however, is the content of the smear campaigns this time around, which is focused on character assassination through suggestions of immorality, and an escalation that is increasingly focused on ‘honour’ and women in the political arena. This situation is giving rise to emotive conversations around gender roles, and the place of women in politics.

Satirical exaggeration aside, Pakistani women have always posed a problem for the country’s puritan ideologues. Fatima Jinnah comes to mind. At a time when self-appointed field marshal, Ayub Khan, was ruling the roost through a reign of terror, this old woman challenged him. She was vilified, slandered and declared a deserter. She did not budge. She lost the election. Ayub lost the legitimacy (if there was any at all). Ironically, the Jamaat-e-Islami, captained by its founding father at the time, supported Fatima Jinnah’s bid for presidency.

Likewise, the Westernised Bhutto women iconised the struggle against Ziaul Haq’s puritan dictatorship. At a time when the Zia regime had imposed a strict ban on any public mobilisation, Begum Nusrat Bhutto decided to attend a cricket match at Lahore’s Qaddafi Stadium. It was an astute strategy. But Ziaul Haq’s witless repressive apparatuses had no appreciation for intelligence.

From Benazir Bhutto to Maryam Nawaz Sharif, almost no woman leader in Pakistan has been spared. From their physical attributes to their attire, their male opponents, often lesser than them in rank, haven’t hesitated to criticise any aspect of these women’s beings. Here are three iconic Pakistani women leaders who have faced censure for raising their voice and standing on equal public platforms as men.

Maryam Nawaz Sharif, eldest daughter of Mian Muhammad Nawaz Sharif, has been a soft target on social media. More often than not, her marriage has been questioned, with detractors claiming it to be a “love marriage”, something which is frowned upon in conservative Muslim society.

In a TV show, Sharmila Farooqi, a member of PPP, accused Maryam of running away with Safdar Awan, her present husband.

Maryam has had to face worse remarks, and all because she is a woman. Members of PTI have often used Twitter to ridicule Maryam, using derogatory language against her.

In September 2012, Shireen Mazari decided to leave Pakistan Tehreek-e-Insaf (PTI) due to rude remarks that were being passed around by ex-party members. She, along with her daughter, were called ‘prostitutes’, and not even her late father was spared insults. Later, in 2013, Mazari re-joined PTI and was also elected as a member of the national assembly, only to once again face vulgar remarks about her character from the Opposition.

His crude remark was followed by approving laughter. During a public rally, PML-N member Abid Sher Ali made derogatory remarks about Shireen Mazari, and even called her a “tractor trolley”. At one point, when she asked him to keep his distance and to not touch her, he replied by saying that “there is nothing to touch in her.”

In the 1980s, Benazir Bhutto, the then Pakistani prime minister, returned to her country after completing her studies at Oxford University and tried to defy Muhammad Zia-ul-Haq’s regime with a huge support-base she had garnered, only to be targeted in the most malicious manner.

The media churned out stories that attacked Bhutto’s character, and circulated photos of her partying at Oxford. The Opposition of the day tried to use any means to defame her, with the intent to destabilise her government.

Bhutto was even declared non-Muslim and hence, an unfit candidate to rule an Islamic State. At one point, while talking about Bhutto at one of his public rallies, Maulana Abdul Sattar Niazi proclaimed that a woman cannot think rationally during her menstrual cycle.

In another incident, when Bhutto entered the parliament wearing a green kameez with white shalwar, Sheikh Rasheed called her a ‘veritable parrot’ which did not sit well with Bhutto, leading to an uproar in the parliament.

Women’s characters are often attacked, especially by small time politicos, to shift the public’s focus from their performance to the personal lives of these women. While the plight of women politicians in Pakistan is usually associated with religious oppression, it all really boils down to the deeply ingrained patriarchal mindset of Pakistani society that allows such a toxic culture to flourish.

What makes all this worse is that, when a woman speaks up against abuse — verbal or otherwise — she is seen as demeaning not only herself, but also stripping her family of its dignity. In light of the upcoming elections in Pakistan, this needs to be highlighted, so that a change of attitude against women can be facilitated, and the playing field is leveled.

Note: This article has originally been written by Urooj Fatima