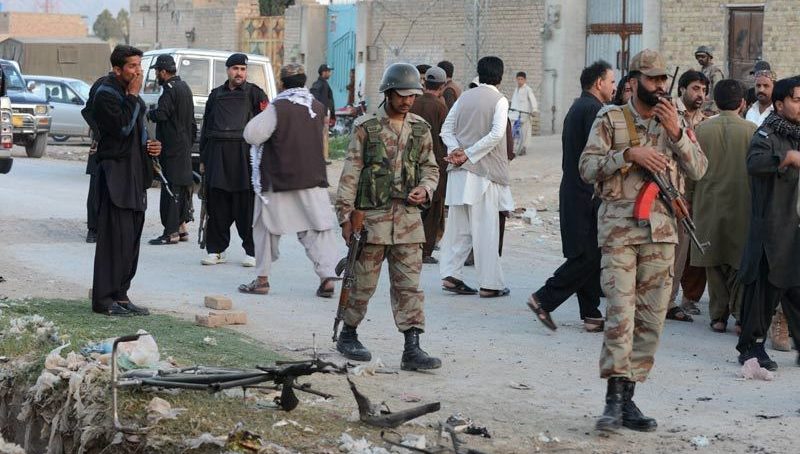 Ten soldiers were martyred in a terrorist check post attack in Balochistan’s Kech district. Inter-Services Public Relations (ISPR) confirmed that the incident took place on the night of Jan 25-26, adding that the forces repulsed the attack which killed one terrorist and injured many. ISPR confirmed the martyrdom of 10 soldiers in a ‘fire raid’ and a follow-up clearance operation was launched to apprehend the culprits, saying that three terrorists have been arrested in the crackdown.

The ISPR added, “Armed Forces are determined to eliminate terrorists from our soil no matter what the cost”. The leaders of the political party sent in their condolences on the incident. Prime Minister Imran Khan stated, “Every drop of the blood of the soldiers guarantees the security of the country. The cowardly enemy faces a strong nation that has already defeated terrorism.”

The chairman of the Pakistan Peoples Party (PPP), Bilawal Bhutto, expressed deep sorrow for the incident. He said, “The martyred soldiers who sacrificed their lives for peace in Balochistan are the heroes of the nation.” He appreciated the commendable efforts by the forces and said that anti-state elements were active in sabotaging the peace of Balochistan.

A day of mourning for the country? What do you think?