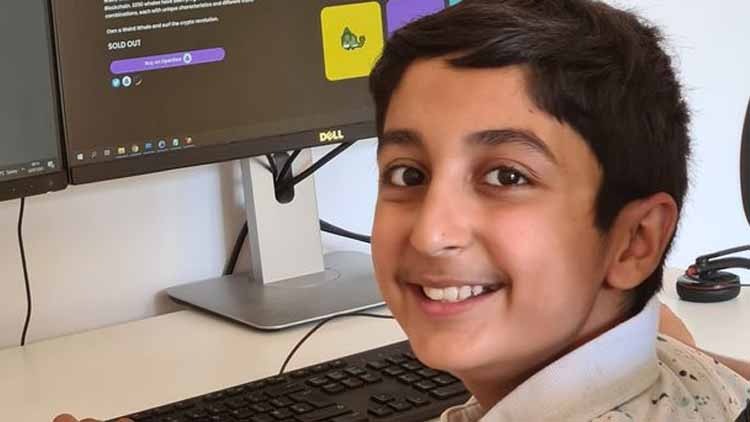 Benyamin Ahmed, a 12-year-old British-Pakistani boy, has earned £290,000 by making a series of digital images of Weird Whales and selling tokens of the ownership stored in the blockchain. The boy told the media that his artwork caught the attention when someone ‘big’ retweeted him, leading him to win 1,200,000 followers. The boy expressed his excitement to be the world’s youngest programmer and earn the fortune, despite having no bank account.

He said that he started working on Moving Whales during his summer holiday and completed everything to put it up on the scale in five weeks. He admitted that by far he has made £290,000 and it continues to grow.

Ahmed’s father taught him coding who is a software developer and dedicated to teaching his two sons this subject from the age of six. According to his father, he has set up a good system for his sons and he feels great about it.

Ahmed was born in the UK however, his grandparents belong to Pakistan. His paternal side is from Faisalabad and his maternal side belongs to Peshawar.

This is the future of Pakistan that makes the nation proud. What do you think?

PTI asks ECP for the army during the cantonment polls