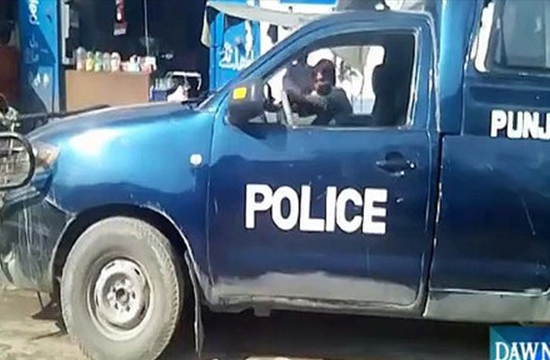 KARACHI: 3 suspects were arrested following an encounter Wednesday night here in the city’s Shah Latif Town, police said, adding that two of them were taken into custody in a wounded state.

According to the senior superintendent of police (SSP) for Malir, the wounded suspects were identified as Zeeshan and Hamid and were moved to a hospital following their arrest. The uninjured one was identified as Guggu.

The suspects had opened fire when police arrived mid-mugging attempt in the neighbourhood. In response, officers’ retaliatory firing injured two of them, SSP Malir explained.

Both suspects were involved in a December 18 dacoity in Shah Latif Town, the police officer said, adding that they had wounded a guard by opening fire on him for resisting robbery.

On the other hand, suspect Zeeshan was involved in another dacoity on December 25 at a shop in the area. He was identified and found with the help of closed-circuit television (CCTV) footage.

Weapons, stolen motorcycle, looted items, mobile phones, and cash were recovered from them.

On the other hand, authorities found a pick-up van full of stolen car mirrors near Garden’s Jhanda Chowk.

Some 11 sacks full of stolen rear- and side-view mirrors were recovered but two suspects, making use of the darkness of the night, managed to flee.