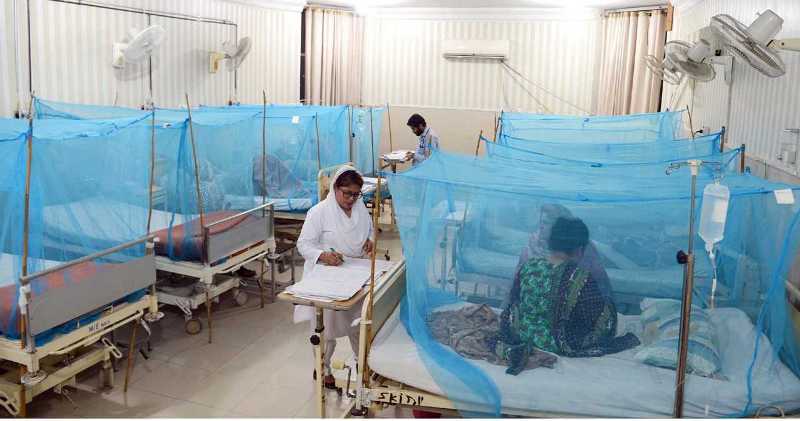 459 new cases of the dengue virus have been reported overnight. In a press statement, Primary and Secondary Healthcare Department Secretary Imran Sikandar Baloch has confirmed that 335 of the total cases are from Lahore, 6 from Khanewal, 8 from Rawalpindi, 3 cases from Sheikhupura and Hafizabad, 2 from Chakwal, 5 from Gujrat, and 8 from Attock. Also, there has been a severe outbreak of the virus in Khyber Pakhtunkhwa and Islamabad.