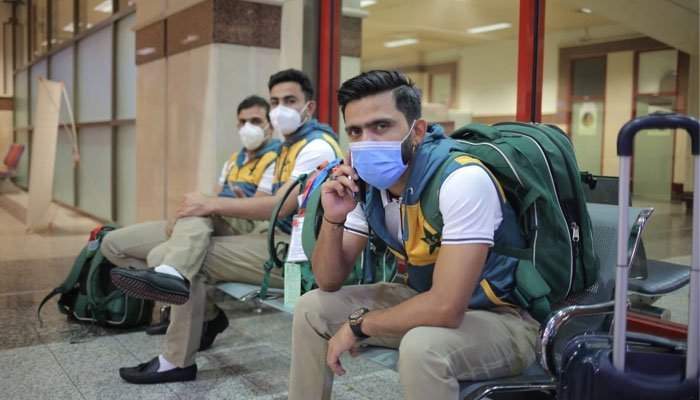 On arrival in New Zealand, a 54-member Pakistan Cricket squad was split into four independent groups, each group isolated from other groups, living in separate blocks.

The officials reported that the players and officials will remain in isolation for a period of 14 days, the duration being calculated from the date of arrival in Christchurch.

“They will have the training and other movements at their respective decided times. It is like a different bubble for each group. Virtually every group is isolated from other groups and living in their own bubble,” he said.

“It is like four different bubbles within the biosecure environment set for the team,” the official explained.

Each squad has a number of players and officials with them, ensuring that the training of players can be properly managed with the best coaching staff available.

Bukhari hints at ‘blackout’ of opposition on PTV