9.4 million children in Sindh will be vaccinated against polio from September 20 - Rava.pk
Recent View all
Editors Choice
Read more

Home  »  News   »   9.4 million children in Sindh will be vaccinated against polio from September 20 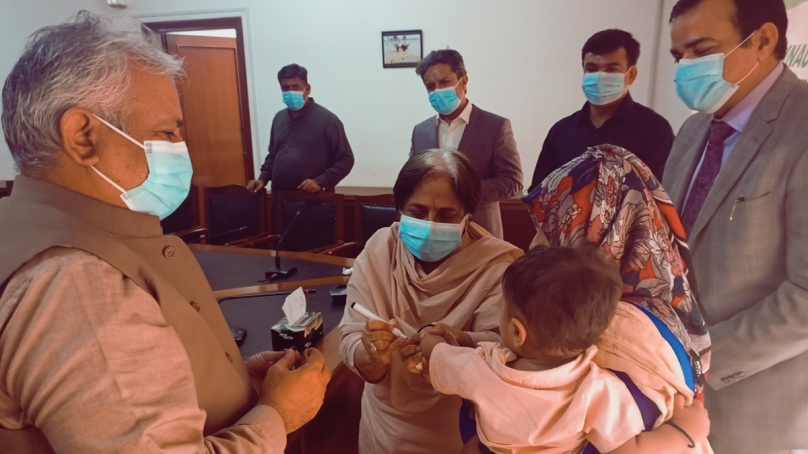 An anti-polio campaign is being launched in Sindh from Monday, September 20. In the seven-day campaign, 9.4 million children in 30 districts of the province will be vaccinated against poliovirus. Regarding the polio campaign, a meeting of the Provincial Task Force on Polio Eradication was held at the Sindh Secretariat under the chairmanship of Provincial Health Minister Dr. Azra Pechuho and Acting Chief Secretary Sindh Qazi Shahid Pervez.

Before the meeting, the honorable Minister for Health and Acting Chief Secretary inaugurated the campaign. The meeting was attended by all the Divisional Commissioners, Deputy Commissioners, PPHI, WHO, EOC representatives, and other officials.

The provincial minister said that there was a need to keep an eye on the negative news on social media regarding the polio campaign. The provincial Health Minister said that the role of social mobilizers and influencers should be made more effective to persuade parents who earlier refused polio drops. Sindh Health Minister Dr. Azra Fazal Pechuho has said that the significant reduction in poliovirus cases in the country is a great achievement but the campaign starting from September 20 should focus on high-risk USCs.

Representatives of WHO and the National Emergency Operations Center (EOC) who participated in the meeting through video link appreciated the performance of the Sindh government regarding the polio campaign and assured full cooperation.

Pfizer booster shots to be available for Sindh healthcare workers