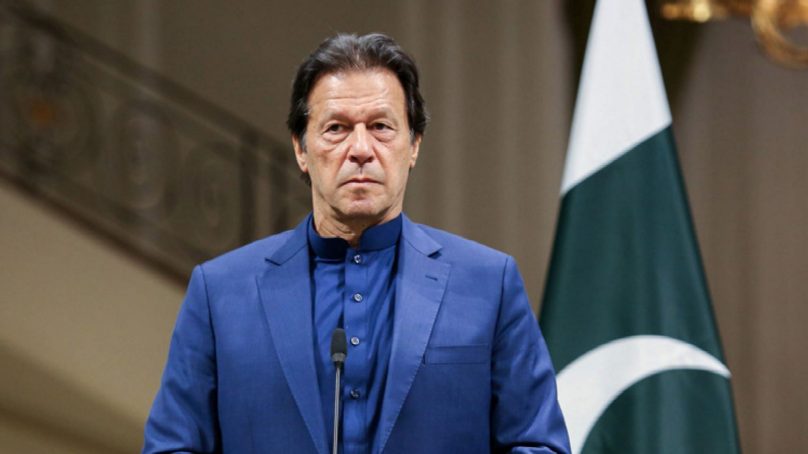 A Peaceful and Prosperous South Asia by Imran Khan

The conclave, themed ‘A Peaceful and Prosperous South Asia’, was held at the Institute of Strategic Studies in Islamabad, where PM Imran Khan highlighted the need to make efforts for peace and dealing with a potential humanitarian crisis in Afghanistan.

“I personally think that whenever the option of war is adopted to resolve issues, there is always a miscalculation,” the premier said.

These miscalculations only lead to prolonging wars that are supposed to end within weeks, he said, citing the examples of Afghanistan and Pakistan.

PM Khan said the government tried its best to make peace with India since he assumed office in 2018 but “unfortunately [the] Modi-led regime in India took every initiative as our weakness”.

He regretted that the Hindutva led BJP regime could become a threat for its own country as the specific ideology has excluded its major population and exclusion can only create radicalism.

The premier further stated that Pakistan can play a role in bridging the differences between China and the United States and reducing tension, rather than joining any political bloc.

“The situation is going towards a new Cold War and Pakistan should try its best to stop the formation of these blocs because we should not become a part of any bloc.”

The prime minister offered his good offices amid increasing tensions between the two world powers as major Western countries side with the US in boycotting the Beijing Winter Olympics 2022.

He said that the Cold War between the US and the then Soviet Union had caused a great loss to the world and we don’t want to get trapped in a potentially new one.

“We want to unite people,” PM Imran Khan said while referring to his efforts to bring Iran and Saudi Arabia closer.

Moving to regional challenges, he said the major issues relating to Afghanistan and Kashmir can only be resolved through dialogue.

The prime minister urged the world leaders to play their role in averting the impending humanitarian crisis in Afghanistan by releasing their frozen assets. He said these assets are linked with saving the lives of 40 million Afghan people, who have been suffering for so long.

The premier said that through the platform of the Organization of Islamic Cooperation (OIC), in its forthcoming Foreign Minister’s meeting, we will try to play our role in saving the Afghan people against any humanitarian crisis.

Elaborating his policy for regional collaboration, the PM said Pakistan wants to enhance the connectivity to increase trade with regional countries.

In this regard, he said, we are trying to take maximum benefit from CPEC.

PM Imran Khan said climate change is another challenge that requires a collective approach to be resolved on a priority basis. He said to deal with it, we started the Ten-Billion Tree Tsunami program that is being appreciated at every world forum.