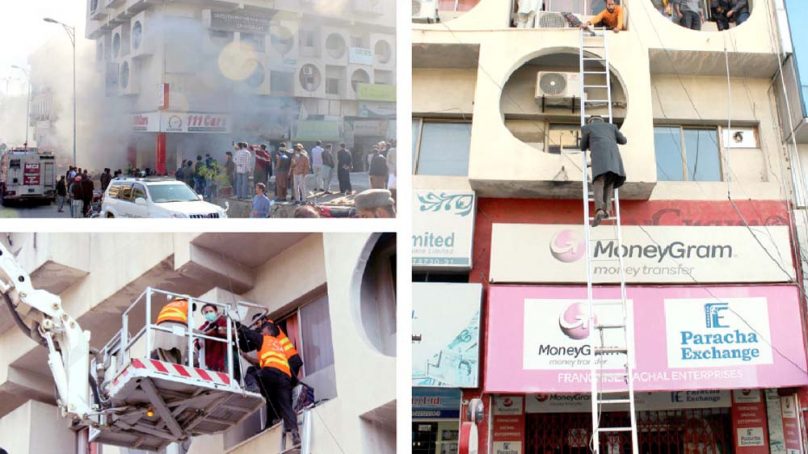 A fire broke out in Ghousia Plaza in the Blue Area of Islamabad. Rescue 1122 teams arrived at the site and rescued people. However, no casualty has been reported since the incident. The basement engulfed the whole building. The cause of the fire is still unknown.

Hundreds of people were working in the offices at the building who started running away. The fire brigade of the Capital Development Authority started rescuing operations to save the adjacent plazas from catching fire too. The fire brigade succeeded in their efforts after six hours. As per the plaza owners, the fire was caused by a short circuit.