Accept their resignations at once; the government will never succumb to any pressure: PM IK
Recent View all
Entertainment
Read more

Home  »  National • News   »   Accept their resignations at once; the government will never succumb to any pressure: PM IK 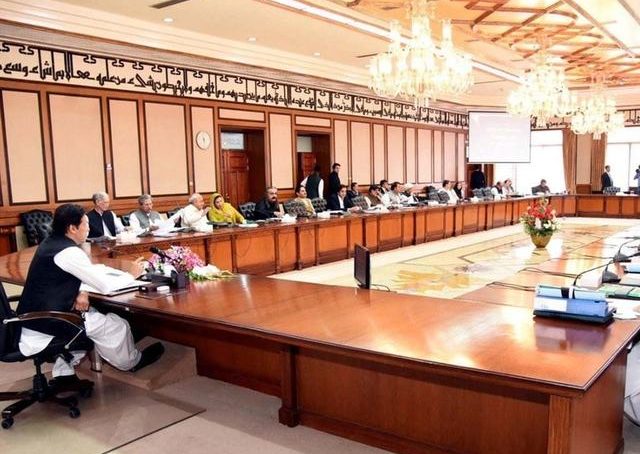 On Tuesday, the federal cabinet gave the National Assembly speaker a go-ahead to accept resignations from opposition lawmakers, sending them a clear message that the government will not surrender to “pressure tactics”.

A host of other important decisions were also taken by the cabinet, including granting approval to the National Accountability Bureau (NAB) to sign a Memorandum of Understanding (MoU) with the US Federal Bureau of Investigation (FBI) to share information about money and other assets stashed in the US by Pakistanis.

“Prime Minister Imran Khan, from the platform of the federal cabinet, asked National Assembly Speaker Asad Qaisar to accept resignations, as and when they come,” a participant of the meeting stated.

Speaking hours before Pakistan Peoples Party President Bilawal Bhutto Zardari’s press conference announcing the decisions of the Central Executive Committee (CEC) of his party, Information Minister Shibli Faraz said a rift had appeared in the opposition following the PPP CEC meeting as the party’s legislators would not tender resignations from the national and provincial assemblies.

The source quoted the prime minister as saying at the cabinet meeting: “Accept their resignations at once; the government will never succumb to any pressure of the opposition seeking NRO (a concessional National Reconciliation Ordinance).”

Speaking about the Pakistan Democratic Movement (PDM) of the Joint Opposition, the prime minister said it was “a failed attempt of the 11 opposition parties to topple the government”.

Meanwhile, Murtaza Javed Abbasi and Mohammad Sajjad Awan, two opposition MNAs, have reportedly submitted their resignations to the Secretariat of the National Assembly.

After a series of rallies in different cities, the PDM warned the government that its legislators will resign as a last resort to send the Pakistan Tehreek-i-Insaf’s government packing.

That being said, Mr Khan said he was not afraid of resignations and the government will hold by-elections on the seats occupied in the national and provincial assemblies by the opposition legislators.