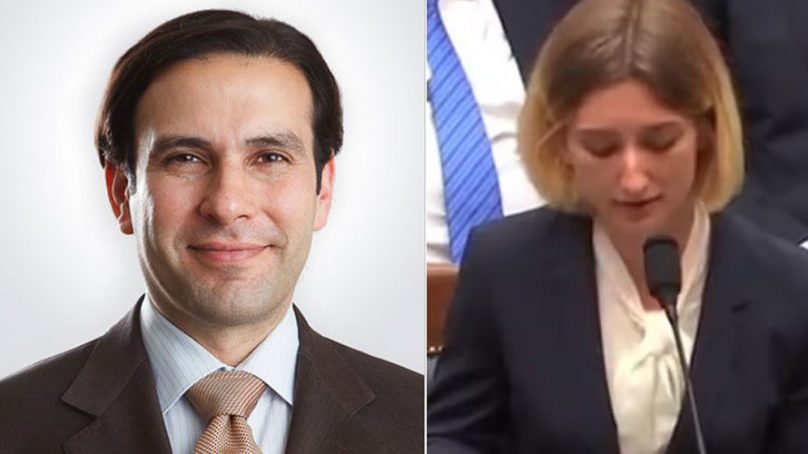 Zia Chishti – A predator on the loose!

Sitara-i-Imtiaz holder and the CEO of the multimillion-dollar company “Afiniti”, Zia Chishti has been accused of sexual abuse by a 23-year-old, Tatiana Spottiswoode who was his friend’s daughter. Spottiswoode gave a shocking testimony during the hearing against the Pakistan-American businesses with the proofs of the photos of the injuries he had caused her. Spottiswoode is a Columbia University law student and worked at Chisti’s firm, said that Chishti beat her during a sexual encounter on a work trip to Brazil. Moreover, he called her names when she refused the physical advances from him which led her to fear for her job. She claimed that Chishti said, “he should have had sex with her when was 13.”

According to Spottiswoode’s testimony, she met Chishti when she was 12 to 13 years old and later saw him in her senior of college. He invited her on a ski trip to meet his nephew. Later, she found out that his nephew never existed. At that time, she was 21 and he was 43. Later, he lured her into working in his firm. Her contract included an arbitration agreement with a “strong confidentiality clause” which kept her from speaking about it. She said he touched her inappropriately and humiliated her in front of her colleagues.

During the hearing, Spottiswoode was in tears and said that she has panic attacks and PTSD because of Chishti. She admitted that when this goes out in public, Chishti won’t spare her more damage as he has already sued her father.

Do you think there is going to be any accountability for this heinous crime or the power will win once again?