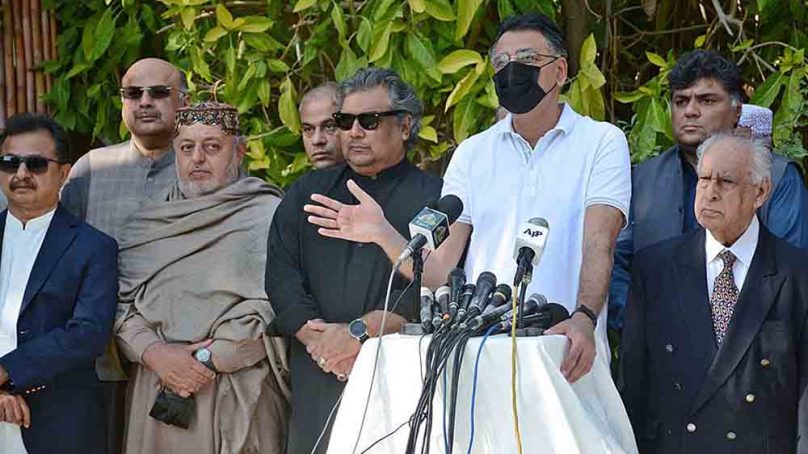 In a press conference, Federal Planning Minister Asad Umar announced that the PTI will be holding a march against Sindh Local Government Act 2021 on February 26. He called the Pakistan Peoples Party (PPP) government a ‘bandit rule’ and stated that the PTI will march from Ghotki to Karachi against the controversial law a day before the PPP’s planned long march on Islamabad.

The press conference took place in Karachi and was attended by Federal Minister for Marine Affairs Ali Haider and other party leaders. Asad Umar emphasized that the march would lead to the end of the ‘Zardari mafia’ and will help put the ruling party in charge of the provincial government in 2023.

Umar stated, “Prime Minister Imran Khan is clear about this and confident that this bandit rule in Sindh should end. And for that, the PTI Sindh is going to launch a massive movement from Feb 26 to reach out to every single person in the province and unite the people against this unjust rule of corruption and bad governance.”

Moreover, he added that the PPP government has only encouraged corruption, bribery, and incompetence including jobs for youngsters, water supply to farmers, and every sector of life.

Do you think the march will force the Sindh government to scrap the contentious LG law?