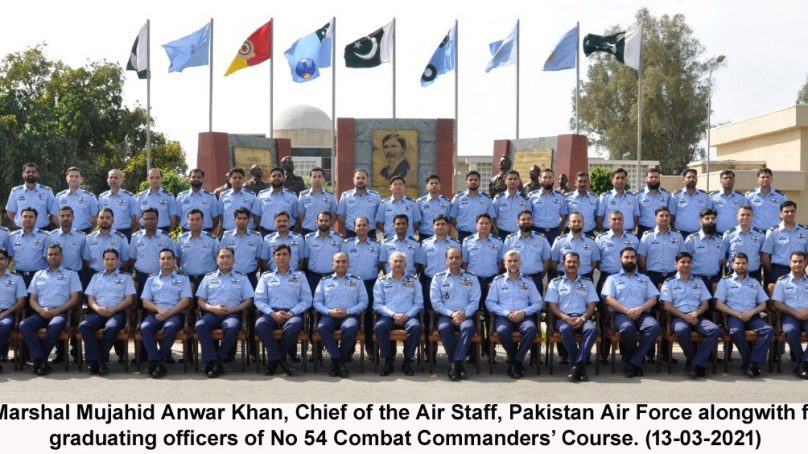 Speaking at the occasion, the Air Chief said, “The lessons of Operation Swift Retort are a manifestation of our operational training in realistic scenarios. You have to be cognizant and be aware of our adversaries, what they are inducting.” He further expressed his satisfaction that ACE in general and Combat Commanders’ School in particular are taking strides in this very direction to train future combat leadership.

The Air Chief also awarded certificates and trophies to the graduating officers who underwent a strenuous and professionally demanding course. The Chief of the Air Staff Trophy for overall best performance amongst combat pilots was awarded to Wing Commander Waheed Zafar, while Air Officer Commanding Air Defence Trophy for overall best performance amongst combat controllers was awarded to Squadron Leader Ali Ahmed. The ceremony was attended by Principal Staff Officers and field commanders of Pakistan Air Force.

Mysterious death of a student in the custody of KPK police