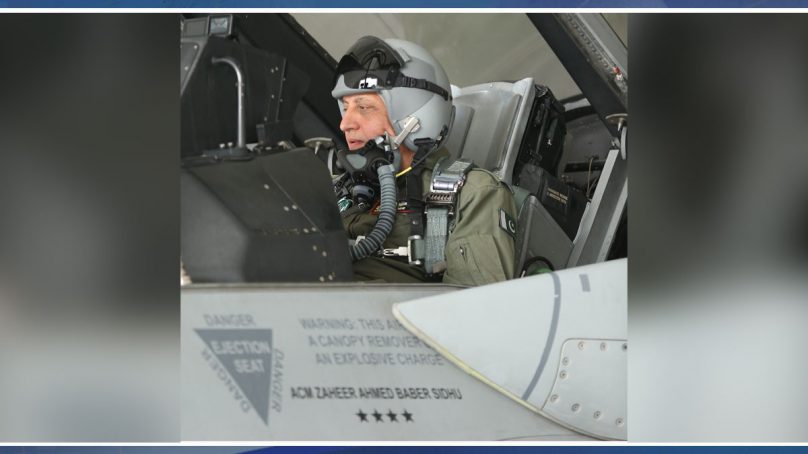 The Air Chief flew over the venue in an F-16 Block 52 aircraft performing a magnificent climb over the parade square. The fascinated audience fervently watched and went ecstatic to see the aircraft of the Air Chief disappearing in the sky.

On this momentous day, history is also marked by the debut participation of J-10C fighter aircraft in the flypast. The induction of J-10C aircraft in PAF is a major milestone that would further boost the operational capabilities of the Pakistan Air Force. The flypast also showcased aerial displays by JF-17s, F-16s, Mirages, F-7P, F-7PG, J-10C, Karakoram Eagle, Saab-2000 Erie Eye, and PAF Academy Aerobatics team ”Sherdil”.

Earlier in the day, the Air Chief arrived at an Operational Air Base of Pakistan Air Force to lead the PAF formations participating in Pak Day Parade fly past. He met with the combat air and ground crew and lauded their extraordinary level of devotion and motivation.