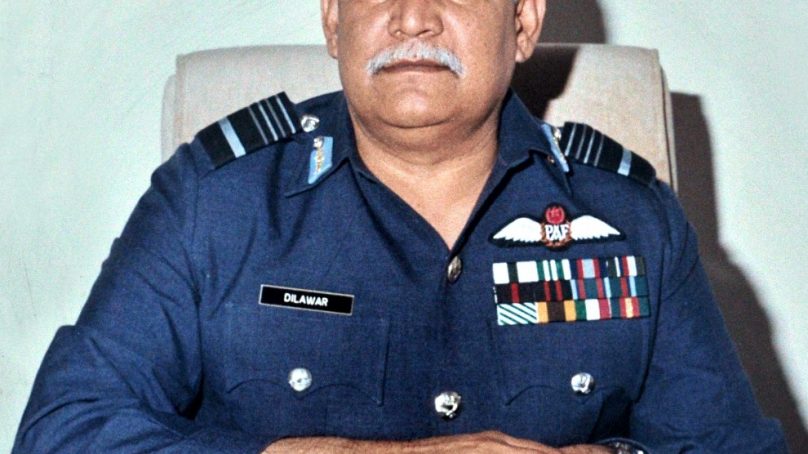 Legendary PAF fighter pilot Air Marshal (Retd) Dilawar Hussain, who was awarded Sitara-i-Jura’at for his heroics in the 1965 War against India, breathed his last in Islamabad today.

Air Chief Marshal Mujahid Anwar Khan, Chief of the Air Staff, Pakistan Air Force has expressed heartfelt grief on the sad demise of the great War Veteran. While paying tribute to Air Marshal (Retd) Dilawar Hussain, the Air Chief acknowledged his heroics during the 1965 and 1971 Indo-Pak Wars. Air Chief further added that he was an exceptional fighter pilot who would always be remembered for his valour and professionalism.

Air Marshal (Retd) Dilawar Hussain was born in Quetta in 1940. He was commissioned as a fighter pilot in March, 1962. During 1965 War, he served in No 19 Squadron at PAF Base, Peshawar. Apart from inflicting heavy damage to Indian forces, his formation destroyed 14 aircraft on ground at Pathankot Airfield. For his outstanding bravery and devotion to duty in 1965 War, he was awarded with “Sitara-i-Jura’at”.