Home  »  News   »   Another Minor Incapacitated by Electric Shock: Is the KE responsible? 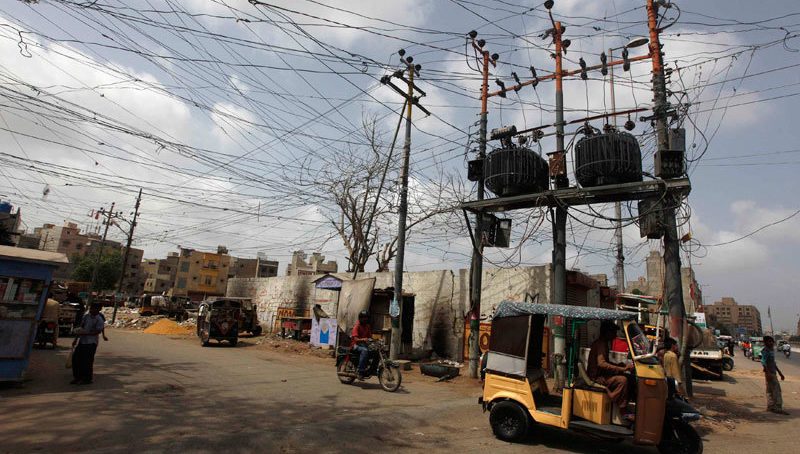 Another Minor Incapacitated by Electric Shock: Is the KE responsible?

The name K-Electric generally conjures up images of bodies floating in rainy water due to electrocution and subjecting citizens to long power outages and unannounced load-shedding, rather than an institution responsible for providing interrupted electricity to the citizens of Karachi. Sad though it may seem, but the K-electric is now synonymous with utter mismanagement, incompetence, and a devil-may-care attuite when it comes to the citizens’ lives and well-being.

So, the question is: Is the K-Electric solely responsible for all these avoidable and unfortunate incidents?

Ahmed Abdullah, a 10-year-old resident of Malir area of Karachi, lost his arm due to electric shock. The family filed a claim of Rs. 11.5 crores against the K-Electric.

The petition filed in the Sindh High Court said that the open wires of K-Electric were passing by the house where Ahmed Abdullah was hit, resulting in the loss of his arm due to electric shock.

The petition states that Ahmed Abdullah was electrocuted due to negligence of K-Electric while the child was a student of Army Public School and wanted to join the Pakistan army.

The petition demanded that Abdullah’s arm be transplanted and that the K-Electric management be ordered to pay Rs. 116 million in damages.

On the other hand, on the investigation of Rava News, the spokesperson of K-Electric said that as soon as the company receives the formal notice, it will submit the details to the esteemed court. However, according to the preliminary investigation, the tragic incident took place when a child tried to take off his kite through an iron pipe stuck between the high-tension wires. K-Electric also provides constant awareness of illegal encroachments on its network.

This is not the first time that the K-Electric has been accused of being electrocuted and proving irresponsibility. At least 12 people were electrocuted during monsoon rains in Karachi last year, which was blamed on the power distribution company.

In September 2019, NEPRA blamed the K-Electric for the deaths of 19 of the 35 people killed in the rains in Karachi.

Nevertheless, the management of the K-Electric has always denied the allegations leveled against it, blaming instead on faulty internal wiring and unsafe use of electrical appliances.