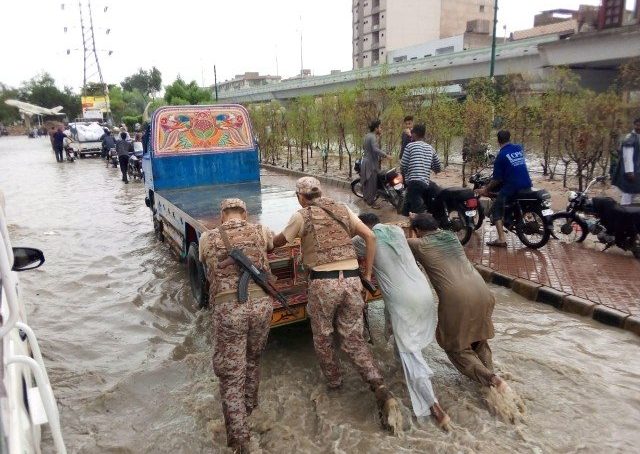 Pakistan Army teams have initiated a drive for cleanliness in Karachi to assist the civil administration in clearing dirt and garbage from the city’s main stormwater drains ahead of the impending moonsoon spell scheduled to reach the metropolis on August 7th.

The Army-run Frontier Works Organization (FWO) staff started cleaning operations at Gujjar nullah in Nazimabad with more than 50 dumpers, cranes and other garbage removal machinery that had choked water flow in the drain during recent monsoon rainfall and submerged adjacent area.

Sindh Rangers personnel were also stationed at the site of the National Disaster Management Authority (NDMA) drain clearance work. The waste from drain was to be moved to the landfill site immediately.

Drain clearance work with heavy machinery and other equipment was also begun at Cafe Piyala in Federal B Area.