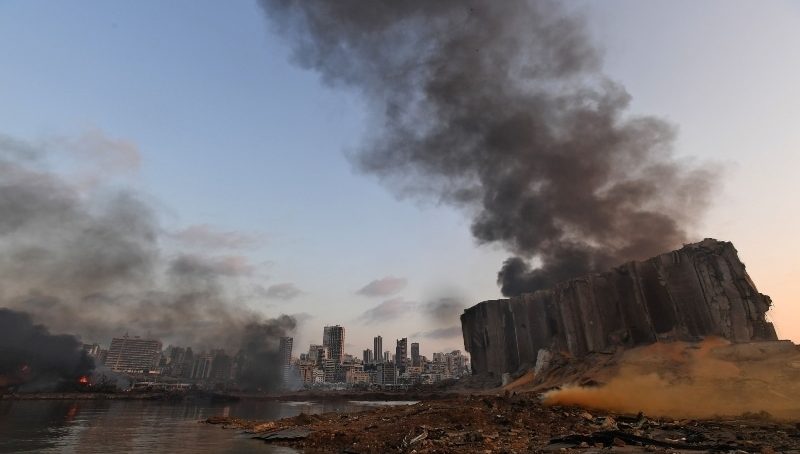 The death toll from a massive explosion that shook Beirut on Tuesday has reached 100 and more people are under the rubble, told local broadcasters Wednesday the Lebanese Red Cross head.

George Kettaneh told LBCI TV by telephone that because hospitals were overloaded, the Red Cross arranged with the health ministry for morgues to take the victims.

Officials have said they predicted a further increase in the death toll following Tuesday’s explosion as emergency responders dug through rubble to rescue survivors and retrieve the injured. It was Beirut’s most powerful explosion in years, still suffering from an economic recession and a surge in coronavirus infections.

President Michel Aoun said that 2,750 tons of ammonium nitrate used in fertilizers and explosives had been stored without protective precautions in the port for six years, adding it was “unacceptable.”

He called for an emergency cabinet meeting on Wednesday and said a two-week state of emergency should be declared.

“What we are witnessing is a huge catastrophe,” the head of Lebanon’s Red Cross George Kettani told broadcaster Mayadeen.

“There are victims and casualties everywhere.” He added.