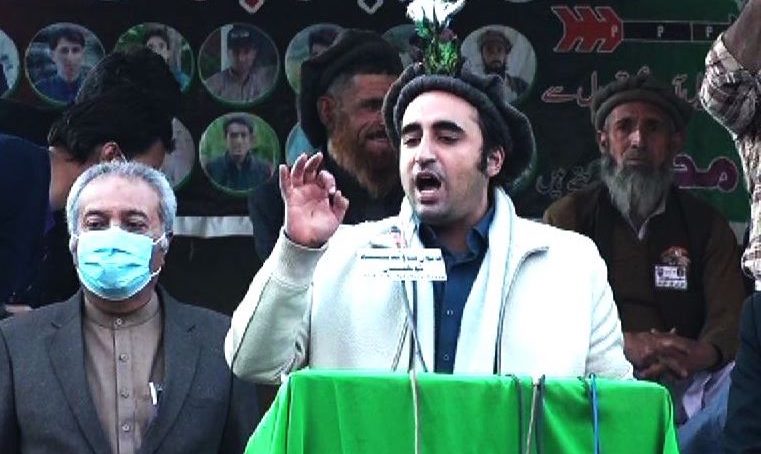 As Pakistan Tehreek-i-Insaf (PTI) is set to form its government in Gilgit-Baltistan (GB) with the presence of five independents in the party, Bilawal Bhutto-Zardari, chairman of the Pakistan Peoples Party (PPP), reported that by January next year the PTI government in Islamabad will be sent packing.

“We have to send Imran Khan packing because he has failed on every front whether (it’s) Kashmir cause or Covid-19. This PTI government does not have the capacity,” he said while talking to journalists on Thursday.

The chairman of the PPP praised the people of GB for making it hard for the PTI to form the region’s government and called on the winning independent candidates not to trade their successes with a government that was about to end.

“Do not become a minister for two to three months,” he said, asking the independent candidates to protect the rights of GB people.

Mr. Bhutto-Zardari said that instead of polling more votes for them than the PTI, the people of GB had expressed their trust in the opposition parties.

During the GBLA-3 Gilgit by-election, set to take place on Nov 22, he called on people to vote for the PPP.

The GB Chief Election Commissioner (CEC) was again accused of playing a biased role in the elections.

He said that a journalist had recently tweeted a photograph of the CEC sitting with Ali Amin Gandapur, the GB Governor and Federal Minister. He asked the CEC to clarify his stance on the picture.

He said reports from the Pakistan Human Rights Commission and the Free and Fair Election Network conclusively indicated that in the GB elections, rigging and violation of election laws took place.

He said he would expose the GB poll rigging at the public meeting of the Pakistan Democratic Movement in Peshawar on Nov 22.

“We will tell the people that the slogan of Vote per daaka namanzoor is gaining momentum in GB,” he said.

“We have a programme of public gatherings, then a long march and then resignations from parliament and we will do everything necessary to send Imran Khan home,” he said.