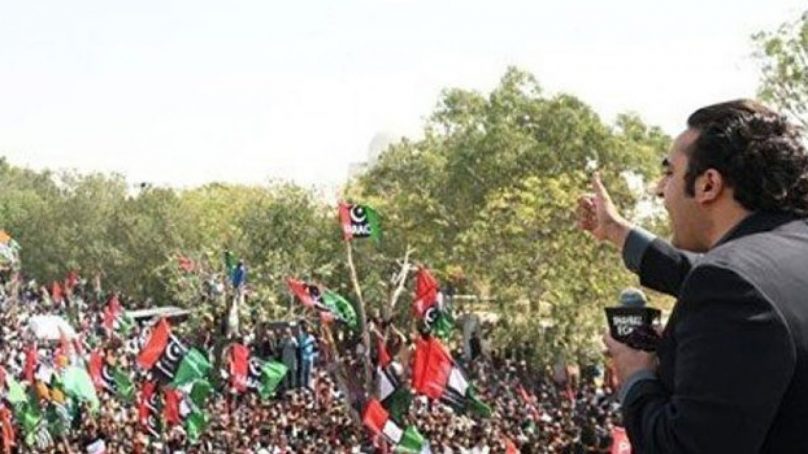 Before beginning his long march towards the capital, PPP chairman Bilawal Bhutto Zardari addressed a rally at Mazar-e-Quaid, Karachi, in which he said neither Sindh nor Pakistan can progress as long as the PTI-led government stays in power. Bilawal began the speech with the slogan “go selected”, “go Imran go”, and “go Niazi go”. He vowed that once in Islamabad, he will force Imran Khan to resign and rid the people of him.

Bilawal said, “The ineligible and incompetent prime minister has plundered the rights of Sindh and Khyber Pakhtunkhwa.” He kept on calling Prime Minister Imran “selected” and accused him of people’s rights violation to vote, adding that the PPP would send the “selected government” back with the help of the nation’s power. He ensured that people always got their rights under PPP’s rule in the form of the 18th amendment.

Urging more people to join the march, Bilawal said that the party has taken the rights of Pakistanis to the streets so that more people can join in Islamabad and help the “puppet government” go home.

Do you think the march can succeed in dislodging the PTI government?