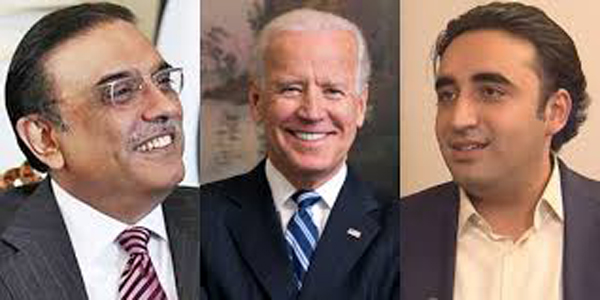 Slated to be held in Washington, the invite for Biden’s inauguration ceremony has been addressed to Bilawal Bhutto and his father, party co-chairman and former president Asif Ali Zardari.

Local reports suggest that, while Bilawal Bhutto is expected to attend the much-hyped ceremony, his father will not be able to travel to the US as his name is mentioned in the Exit Control and he is not allowed to leave the country.

The invitation was highly expected as the Zardari government had, during its days of power in Pakistan, worked closely with the Barack Obama administration.

Although the news of the invitation has not been confirmed by the PPP, several sources have confirmed they have indeed been invited to the much-awaited ceremony.