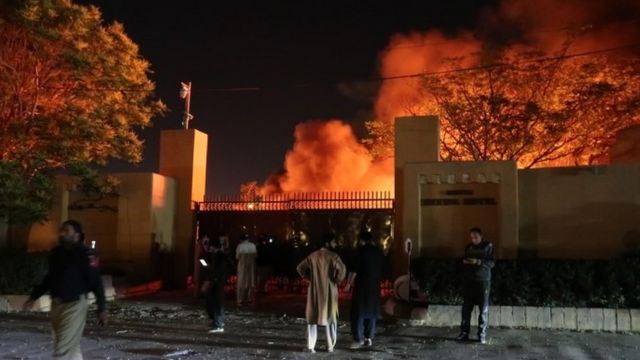 On April 22nd, 2021, a robust bomb was exploded in the parking lot of Serena Hotel at Sharah-e-Zarghoon in Quetta. The bombing led to the death of four individuals and injured 12 people. According to the DIG Azhar Akram, the explosives were planted in a vehicle and a police officer also lost his life to this incident.

The incident occurred at 10:15 pm after which firefighters, security officers, and rescue officials started hurrying to the venue and allowed no one near the site. Many other vehicles in the parking lot also got damaged because the intensity of the blast was a lot. The injured people have been admitted to Quetta’s Civil Hospital.

Government to plan the travel ban