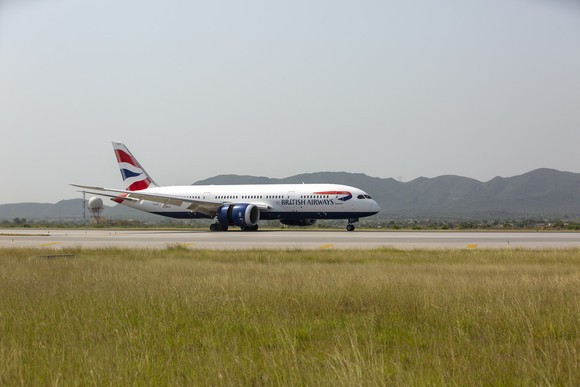 British Airways reported on Tuesday that it would commence direct flying from Lahore to London four days a week from 14 October.

“The ‘City of Gardens’, Lahore is known for its rich culture and will be the second city in Pakistan that British Airways will connect to London, US and Canada,” according to a statement issued by British High Commission in Islamabad Christian Turner CMG.

A Boeing 787-8 departing from Heathrow Terminal 5, landing at the Lahore International Airport, will operate flights. The airline already flies from Islamabad every single day.

“The first ever British Airways flights to Lahore is a sign of confidence in Pakistan, and the deepening ties between our two countries. I hope it will open up even more opportunities for business links, people-to-people ties and tourism,” the British High Commissioner was quoted as saying in an official statement.

Moran Birger, Head of Sales for The Middle East and Asia Pacific, said: “We are delighted to start direct flights four times a week from Lahore to London offering convenient travel options for customers flying for leisure or business.”

British Airways has introduced a range of measures to keep its customers safe in response to the Covid-19.