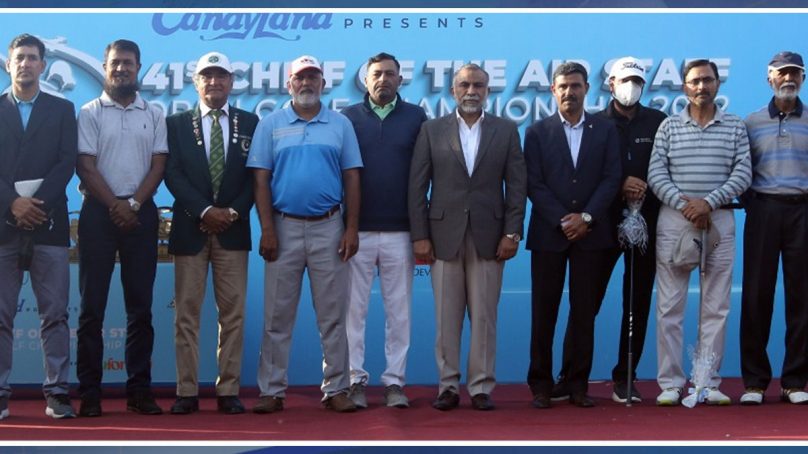 Speaking at the occasion, the Chief Guest congratulated the winners on behalf of Chief of the Air Staff. He also appreciated the management committee and officials of Airmen Golf Course for making this event a huge success. He further said that Pakistan Air Force would continue to promote golf along with other sports.

The Championship featured over 300 golfers, including 106 professionals from all over the country. Rupees 10.5 Million prize money Championship was played over 18 holes for four days at one of the most difficult golf courses of the country. Chief of the Air Staff Open Golf Championship was introduced in 1977 and ever since has been a regular feature in PGF and PAF annual sports calendars.