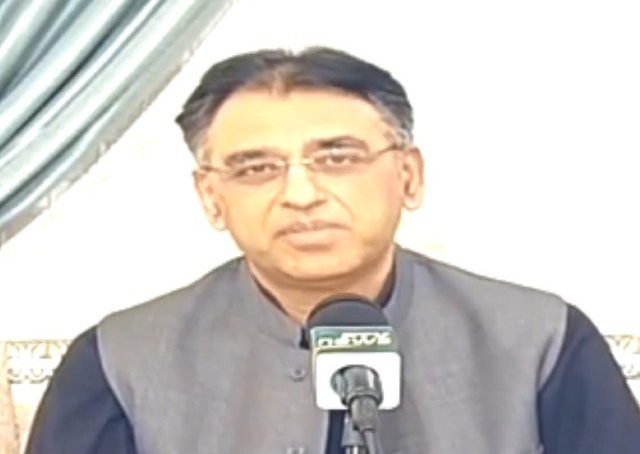 “The federal government will bear 62% expenses while the remaining 38% to be spent by the provincial government,” he said while addressing a press conference in Karachi along with Maritime Affairs Minister Ali Zaidi and Information Technology Minister Aminul Haque.

During his visit to the port city on Saturday, PM Imran had announced a Rs1.1 trillion development package for Karachi under his transformation plan in the midst of recent unprecedented heavy rains leaving the metropolis’ infrastructure in tatters and its civic agencies unable to alleviate the woes of its residents.

The Minister for Planning responded to a remark allegedly made by PPP Chairman Bilawal Bhutto-Zardari that the government of Sindh would invest the major share of the development package.

Asad said Sindh Chief Minister Murad Ali Shah had decided in a meeting not to disclose the details of both governments’ shares.

However, the PPP leader’s video clip doing rounds on social media in which he claimed that the Sindh government has major share in the package, Asad lamented.

He asked all stakeholders to put aside their political differences and work together for the completion of the city’s “historic” transformation plan. “Pakistan’s progress is linked to the prosperity and development of Karachi, which is the country’s economic hub.” The federal minister said the lack of unified authority is a major hurdle in the development of the metropolis.

He shared the hope that his party leadership would encourage the Sindh chief minister to work in collaboration with the federal government for the betterment of Karachi.

The rain drains will be completely cleaned in the first phase, Asad added, while the provincial government had accepted responsibility for rehabilitating the displaced from the illegal encroachments.

The Minister of Planning said that the Green Line Bus Rapid Transport System will be finished by 2021 and the Karachi Circular Railway by 2023 about the implementation of the public transport projects.

Speaking at the event, Ali Zaidi said the historic transformation plan launched by both the federal and provincial governments has decided to jointly execute the plan.

One thought on “Centre, not Sindh govt will spend major chunk of Karachi uplift package: Asad”