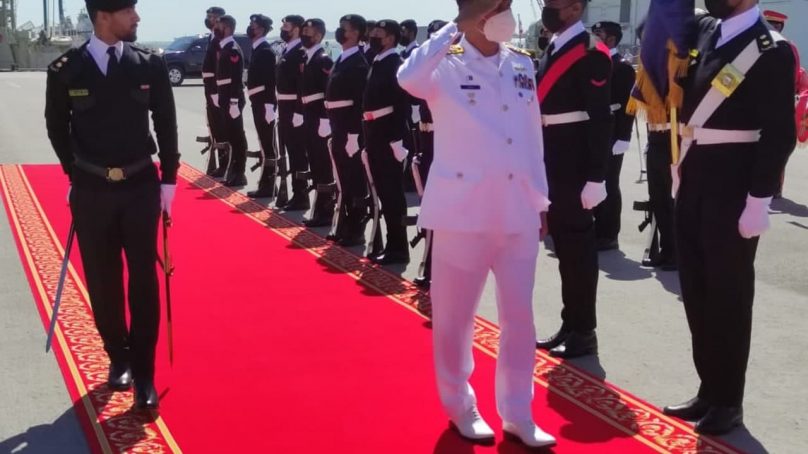 Upon his arrival at RBNF Headquarter, the Admiral was received by Commander RBNF and a ceremonial Guard of Honour was presented to the Naval Chief on the occasion. A comprehensive briefing was also given to the Admiral regarding RBNF.
During the separate meetings with military leadership of the Kingdom of Bahrain, matters related to maritime security and bilateral defence collaborations were discussed. The Naval Chief highlighted Pakistan Navy’s initiative of Regional Maritime Security Patrol and contributions of Pakistan Navy to maintain peace and order at Indian Ocean Region. The dignitaries greatly appreciated role and contributions of Pakistan Navy in maintaining peace and stability in the region.
Later, the Naval Chief also called on the Deputy Commander HQ NAVCENT, Rear Admiral Curt Renshaw and discussed shared commitment towards maritime security.
It is expected that the visit of Chief of the Naval Staff to Bahrain would greatly enhance bilateral cooperation between both the countries in general and navies in particular.