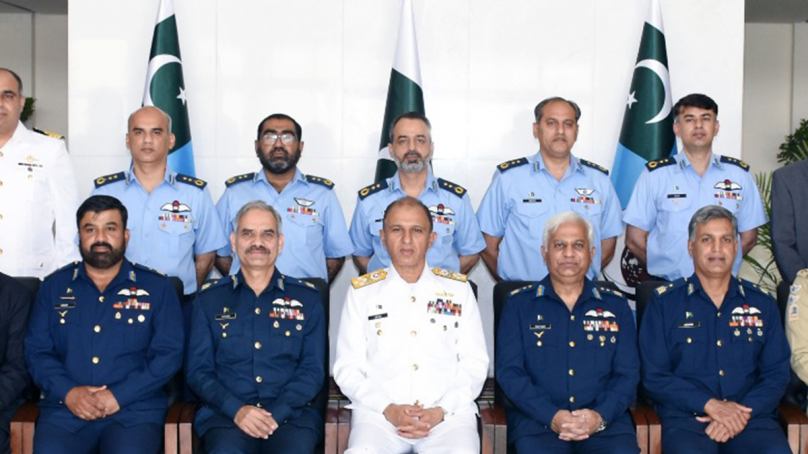 The Chief Guest congratulated the AWCI team for achieving the educational standards worthy of an institute of the highest caliber as the college was formally conferred the status of an Independent Degree Awarding Institute by the President of Pakistan, On 20 Jan, 2021.

Addressing the Air War Course participants, CNS said that we must keep abreast of the emerging trends and make endeavors to deal with complex and dynamic security environment facing the world today. He added that jointness remained central to the modern concept of military operations as no force could achieve success in today’s warfare single handedly. Later on, the Naval Chief also met foreign officers undergoing course at the premier institution.

PAF Air War College Institute is the prestigious institution of Pakistan Air Force, where mid level officers of Pakistan Armed Forces and friendly countries are prepared for assumption of key Command and Staff appointments. During the course the course participants are exposed to over a hundred subject matter experts including: Civil & Military Professionals, Diplomats, Scholars / Academicians, Lawyers, Industrialists, Scientists, Economists and Media Personnel. Exclusive Interaction with foreign faculty and strategists is also ensured to provide depth and academic rigor to the course.