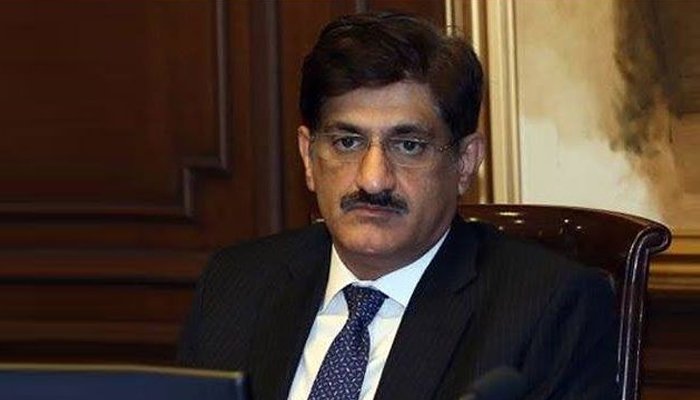 KARACHI (Feb 23): Sindh chief Minister Syed Murad Ali Shah has directed all the departments, particularly the local bodies, authorities and different boards and other semi-government organizations to resolve the pension issues of their employees and report to him.

He took this decision while presiding over a cabinet meeting here at New Sindh Secretariat on Tuesday. The meeting was attended by all the provincial ministers, senior advisor, Chief Secretary Mumtaz Shah, chairman P&D Mohammad Waseem and concerned secretaries.

At the outset of the meeting, the chief minister was told that there were pension issues of local bodies employees. “An employee who retires from his/her service must be given their pension and dues in time,” he said and added the local bodies such as KMC, DMCs, Sukkur municipal corporation and such other have failed to develop payment of pension mechanism, therefore the employees have run from pillar to post for their legitimate right. “This is unfair and should be addressed on priority basis,” he ordered.

Murad Ali Shah directed the chief secretary to personally resolve the issue so that payment pension and other areas may be resolved once for all.

Teachers transfer policy: The education department presented a transfer policy for teaching staff of school education department saying that with the aim to ensure continuity of teachers during an academic year and restrain frequent transfer and postings, especially transfer of teachers from remote rural areas to urban areas, a ban on transfer was imposed on November 5, 2018. Again, in August 2019 approved a complete ban on transfer of all teaching staff. The complete ban on transfer and postings for over two years has had impediments as well, leading to permanent and temporary closure of schools due to retirement or expiries of teachers and worsening student-teacher ratio (30:1) in teacher deficient schools. It was also pointed out that due to complete ban on transfer requests, the requests of female teachers on wedlock policy and transfer requests of female teachers on diverse or death of husband and ailing teachers could not be entertained. Minister Education Saeed Ghani and Secretary school education Ahmed Bux Narejo presented a draft transfer and posting policy said that with an aim to open all the viable closed schools, ensure availability of teachers in primary schools, to maintain student teacher ratio and to make science and English teachers available the school education department has prepared a transfer policy. The policy: `General transfers of teachers will be notified in the month of March every year and will be implemented from the new academic year. The requests of teachers transfer shall be entertained as per following timelines: a) Interested teachers will be required to submit E-transfer applications for their transfer during two weeks of January. b) Scrutiny of transfer applications by concerned District Education Officer (DEO) office during third and fourth week of January. c) Scrutiny of E-transfer applications, except those where DEO is competent by the concerned director in the first week of February. d) Scrutiny of E-transfer application by director HR during second and third weeks of February. e) Uploading of all system generated orders on the website of school education dept by third week of march. Minister Education clarified that the above said timelines will not be applicable in the cases such reopening of single-room schools, wedlock cases, death of spouse and diverse (for female teacher) cases and ailing teachers suffering from debilitating chronic disease. The cabinet after thorough discussion approved the transfer and posting policy of the schoolteachers. 3000 acres for Oil Palm trees: The Coastal development Authority told the cabinet that Pakistan was facing high demand for edible oil. Reportedly, 4.50 million tons of edible oil worth $3.150 billion is being imported annually to meet the domestic requirement which constitutes the highest import bill after petroleum products. Advisor Environment Murtaza Wahab said that Sindh Coastal Development Authority (SCDA) has a success story of oil palm plantation and installation of oil palm extraction Mini Mill in the coastal belt. The mill has started producing oil.He requested the cabinet to provide 3,000 acres of Forest land at two connected forests, Kathore and Hayat Gaho, taluka Ghorabari may be provided to SCDA for planting oil palm trees to produce oil. The cabinet approved the proposal and provided 3000 acres of forest land to SCDA. Subsidy for farming community: The agriculture department told the cabinet that they intend to initiate three interventions to provide immediate relief to the farmers/growers in order to address food security. The three interventions include provision of agriculture Implements on subsidized cost; installation of solar tube wells on subsidized cost and subsidy for the installation of controlled atmospheric stores on Turnkey basis. The chief minister said that the cold storages should be established at divisional headquarter level preferably in private sector or on public private partnership basis. The government would encourage the private sector. He said that as far as installation of solar tube wells and provision of agricultural implements or equipment the government should give subsidy to the small growers. The cabinet also agreed with the chief minister and said that due power shortage the growers were inclined to install solar tube wells, therefore the government should launch such a scheme. The cabinet urged the agriculture department to prepare schemes for provision of agriculture implements and installation of solar tube wells on subsidized cost and present in the cabinet for approval. Land for SEZ Grid station: The land utilization department presented a case of allotment of seven acres to NTDC for installation of 220 KV Grid station for Special Economic (SEZ), Dhabeji. Under CPEC a project of Rs4.25 billion has been approved to provide electricity to the SEZ. The cabinet approved seven acres of land for installation of Grid station at SEZ Dhabeji and directed LU department to complete the legal formalities. Extension of contract: The cabinet approved extension of contract appointment of Managing Director of Sindh Civil Servants Housing Foundation (SCSHF) Mr Iqbal Nafees Khan for another two years.