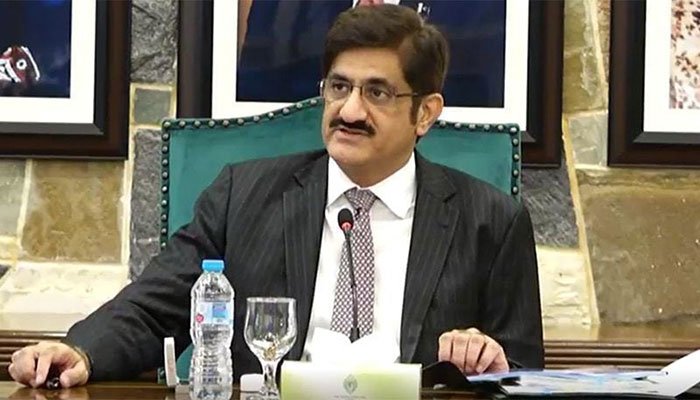 KARACHI (June 3): Sindh Chief Minister Syed Murad Ali Shah presiding over a meeting of the Provincial Task Force on Coronavirus on Thursday at CM House declared vaccination mandatory for all citizens of the province.

“We have to secure our citizens by taking some drastic measures,” he said and directed the health department to establish vaccination coverage facilities in every nook and corner of the province.

“I want at least 300 basic units to be declared as vaccination centers in the rural areas with a target of vaccinating 30,000 people per day,” he added.

Murad Ali Shah, giving another target to the health department, said that five mobile vaccination teams should be established on every taluka level. “We have 605 talukas/tehsils and they must vaccinate at least 60,000 people per day,” he ordered.

Murad Ali Shah directed the chief secretary to give a month of June to all the government/semi government/local government employees for getting themselves vaccinated and stop salaries of those officials who fail to get them vaccinated by the end of this month. “I mean, non-vaccinated officials would not be released after June,” he announced.

The meeting was told that on the evening of May 29, four cases of Indian Variant were identified in Sindh. The infected passengers had travel histories of Iraq and Oman. The health department has identified their 17 contacts and their tests were being conducted. The patients have been isolated and further investigations were in progress.

At this the chief minister said that the situation has not improved yet. It was pointed out that during the last 30 days of May, 392 patients of COVID-19 died, of them 61 percent or 238 were on ventilators and 20pc or 81 off ventilators and 19pc or 73 died in their homes.

The chief minister disclosing the data of the deaths stemming from coronavirus said that in January 2021 we had 431 deaths and then the death rate started coming down to 339 in February, 151 in March, 154 in April and again it went up to 392 in May 2021.

“This is a serious situation, and we have to control our death rate,” he directed the health department. The meeting was told that out of 661 ICU beds with ventilators, 77 were occupied, of them 74 in Karachi. Similarly, out of 1811 HDU beds 626 were occupied, including 510 in Karachi.

70 million people to be vaccinated by year-end, says NCOC

Air power has been the most effective element of military power :Air Chief Pakistan