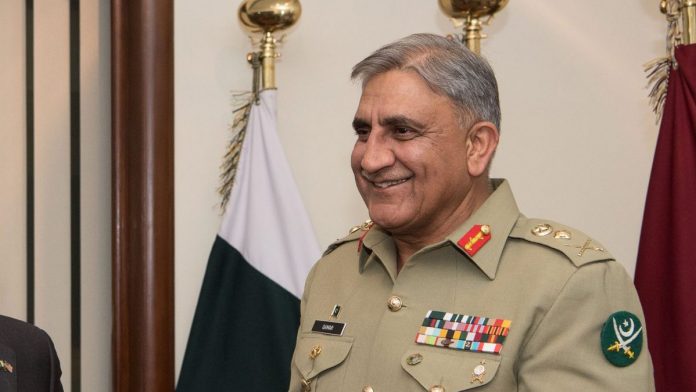 Businessmen from Karachi city met with COAS on Wednesday at Corps Headquarters in Karachi.

In the two-and-a-half-hour meeting, Gen Bajwa was told of post-rain suspension in production activities, damaged infrastructure, dilapidated road conditions, and accumulated water in many industries.

Gen Bajwa asked the industrialists to submit a one-page proposal on the GIDC issue so that he could discuss it with Premier Imran Khan at length.

The COAS said the Minister is very keen to see exports and local trade flourish, and always talks with him about how to improve industrial and export activities, according to the businessmen. He said he’d take all the businessmen’s issues and concerns with the prime minister that are hampering the pace of trade and industry.

The COAS was of the opinion that all the trade and industry stakeholders should have a level playing field to function properly.

President Site Suleman Chawla pointed out that the industrial land price in the industrial areas of Karachi ‘s Site and Korangi ranged from Rs40-50 million compared to Rs9 million per acre in Faisalabad.

The Army chief said a committee made up of federal and provincial government representatives has been set up to resolve issues on a fast-track basis. The business community is also going to get representation on that committee.