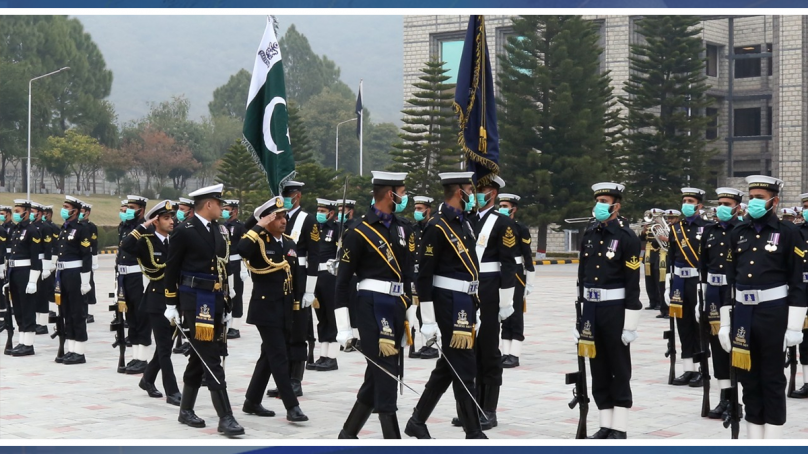 Upon arrival at Naval Headquarters, Commander Royal Navy of Oman was received by Naval Chief. A smartly turned out contingent of Pakistan Navy presented Guard of Honour to the visiting dignitary and he was then introduced to Principal Staff Officers at Naval Headquarters.

Commander Royal Navy of Oman called on Chief of the Naval Staff in his office. During the meeting matters of mutual interest, regional security situation and scope of military cooperation to include defence, training and security between the two countries were discussed.