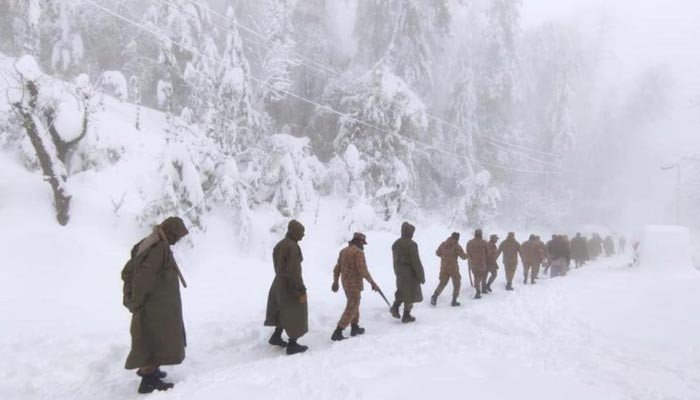 Punjab Chief Minister Usman Buzdar constituted a five-member committee to probe the omissions and commissions that led to the death of 23 sightseers who became stranded during a blizzard in and around Murree.

The chief minister, during a visit to the calamity-hit areas on Sunday, also announced that Murree would be given the status of a district so that better administrative management could be ensured and unfortunate incidents like this one could be prevented.

The CM also announced financial assistance of Rs17.6 million for the victims’ families and heirs.

Meanwhile, all vehicles have been barred from entering Murree until Monday night while all main roads have been cleared of snow.

Rawalpindi Commissioner Syed Gulzar Hussain Shah said at least 8,000 people have so far been evacuated from the affected areas, while nearly 4,000 vehicles had been evacuated from Murree. He said arrangements had also been made to provide fuel to travelers allowing them to return to their respective places.