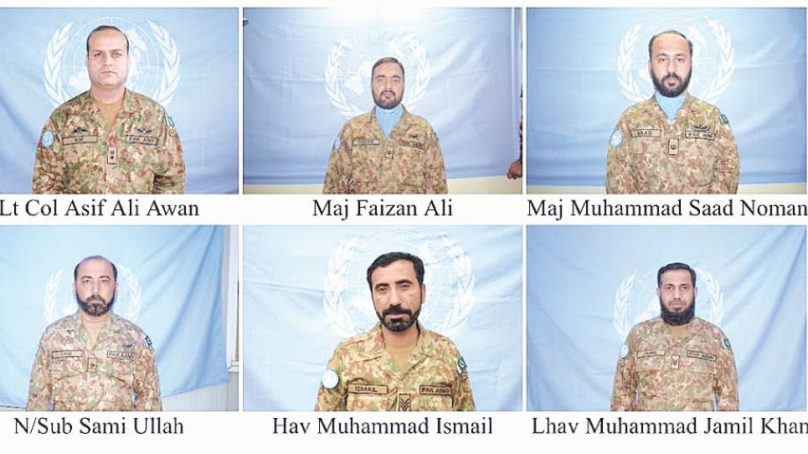 Eight United Nations (UN) peacekeepers including six Pakistani officers and soldiers lost their lives in a Puma helicopter crash in the Democratic Republic of Congo. The cause of the crash is yet to be ascertained, but the military’s media wing, the Inter-Services Public Relations (ISPR), has confirmed the sad news. The Pakistani martyred officers were identified as Naib subedar Samiullak Khan (flight engineer), Maj Saad Nomani (pilot), Maj Saad Nomani (co-pilot), Lance havaldar Muhamad Jamil (gunner), and Havaldar Muhammad Ismail (crew chief).

The statement stated that the aviation mission of Pakistan was deployed for peacekeeping duties in UN Mission Congo since 2011. The statement read, “Pakistan has always played a pivotal role as a responsible member of the international community to help realise ideals of global peace and security through active support in various UN peacekeeping missions.”

Earlier, the UN Stabilisation Mission in DR Congo (MONUSCO) stated in a tweet that it lost contact with one of the helicopters that had been sent on the reconnaissance mission. Prime Minister Imran Khan expressed grief on this news and paid tribute to the armed forces.