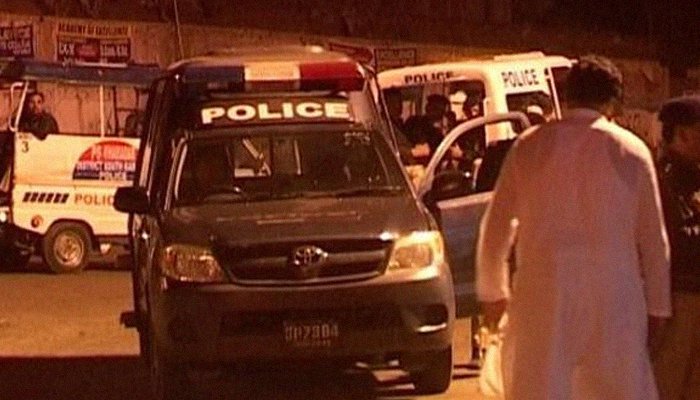 Couple injured during cross-fire in Korangi

KARACHI: Unidentified man and his wife were injured as they were caught in a cross fire between by police and suspects in Korangi area of the metropolis on Sunday night.

According to SSP Korangi Ali Raza, police were chasing suspects who snatched an official submachine gun (SMG) and fled. “Two policemen riding a motorbike tried to intercept suspects who were also on a motorcycle, however, the suspects stopped and snatched the official SMG from one of the policemen. The other policemen resisted and this resulted in an exchange of fire,” the SSP said.

“The suspects left the official weapon and fled,” he added.

“Passers-by Adnan Arfeen and his wife, Saqiba, were caught in the cross fire and sustained bullet injuries,” SSP Raza added.

Saqiba, who was shot in the back, was operated last night, according to Dr Jamali added.

Further, police said that investigation is under way.