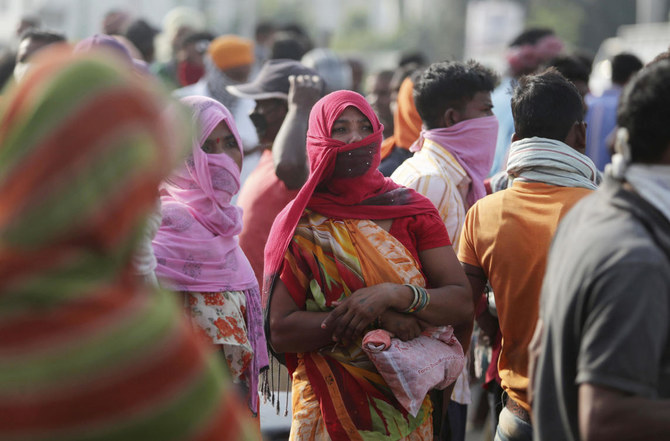 India’s coronavirus infections surpassed the 8 million mark on Thursday after, according to official figures, it reported more than 49,000 new cases in the last 24 hours.

The Ministry of Health announced that there were 49,881 additional infections registered, bringing the total to 8,040,203.

About 7.3 million patients have recovered from the disease in the world, 56,480 in the last 24 hours, increasing the recovery rate to 90.99 percent. The country’s cumulative number of pending cases currently stands at 603,687.

India experienced a steady decline in infections earlier this month, as a government-appointed panel noted that the nation could have surpassed its infection peak last month.

The new surge came two days after the nation reported its lowest single-day cases on Tuesday at 36,370 since July.

Minister of Health Harsh Vardhan said that substantial efforts are being made for the development and equitable distribution of vaccines.

“Of the nine vaccine candidates globally, which are in advanced phases of the clinical trial, three are from India. The states have been asked to draw up lists of people who need to be immunized on priority,” he said.

Across the globe, since last December, COVID-19 has claimed more than 1.17 million lives in 190 countries and regions.

The worst-hit countries are currently the US, India, and Brazil.

12 Rabi-ul-Awwal: A Day to Reflect