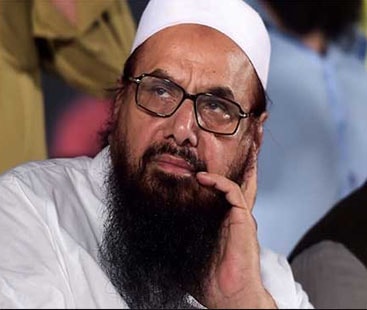 According to details, the outlawed JuD head was arrested when he was en route to Gujranwala from Lahore. He has been sent to jail on judicial remand.

The CTD had filed cases against Hafiz Saeed accusing him of involvement in illegal activities including financing terrorists and acquiring land from different people for the sake of terrorism.

Hafiz Saeed was granted a pre-arrest bail on Monday by an anti-terrorism court (ATC) in Lahore. Interim bails were given to other accused Hafiz Masood, Ameer Hamza and Malik Zafar against surety bonds of Rs50,000 each.