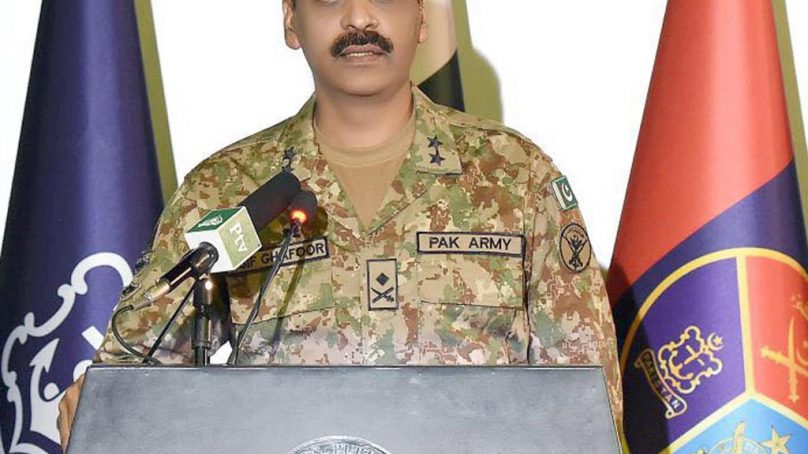 According to Pakistan Army’s Public Relation division, Maj Gen Asif Ghafoor issued a statement that court, in its verdict, rejected a number of Indian demands including annulment of military court decision convicting Jadhav, his release and safe passage to India and acknowledged Pakistan’s stance on the case.

DG ISPR expressed that it was also acknowledged by the ICJ that Kulbhushan Jadhav is a serving commander in the Indian Navy and entered Pakistan on fake identity documents. We had solid evidence and expected a fair and good decision from the court, he added.

He went to say that Allah has provided Pakistan, its people and the judiciary with success. He also praised the work of Foreign Office Spokesperson Dr Muhammad Faisal as a responsible member of the International community, who upheld its commitment from the very beginning of the case by appearing before the honorable court for the provisional measures hearing despite a very short notice.

Major General Asif Ghafoor said that despite the lack of consular access to Kulbhushan Jadhav, they let him met his family on the basis of humanity. In this case, we will follow the law, he maintained.

Few knowns on social media here / abroad and obviously surprised ones across are expressing their expected disappointment. May click to understand the truth….https://t.co/0hBIbb8cq4https://t.co/5SVKdjTMIn

DG ISPR said it is another February 27 for India. “India’s lies were exposed to the whole world today as India had earlier claimed to also have destroyed a F-16 aircraft”, he added.