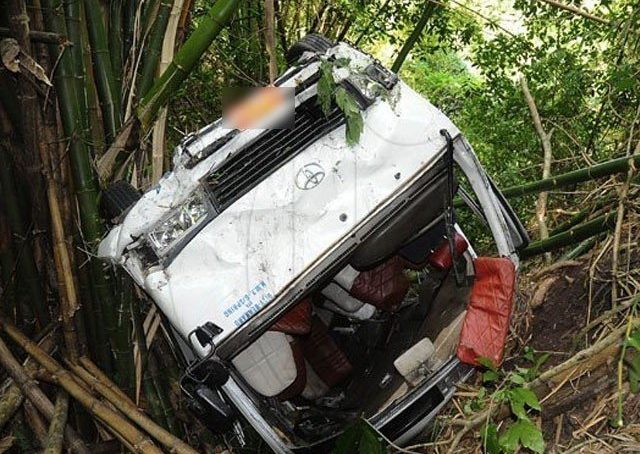 On early Monday, at least seven people, including a father and his son, died and several others were injured when an over speeding passenger van lost control and fell into a deep gorge near Dera Ghazi Khan’s Rakhi Gaj area.

As per a local news agency report, when the accident took place, the passenger van was en route from Fort Monroe to DG Khan and was travelling on a frail road.

Riaz Ayub, Mohammad Waqas Islam, Wazir Sher Dil, Imtiaz Ahmed Bakhsh, Qismat Khan Farooq and his son, Mohammad Arba Qismat, have been identified as victims of the accident. Until the filing of this report, one person could not be identified.

Rescue operations by local residents and border police have recovered the remains.

Mehraban ul-Abdur Rehman, the driver of the vehicle, and the wounded were pulled out of the deep ravine by nightfall.

On December 15, it was announced that when an overcrowded jeep plunged into a deep ravine in Ayubia, Abbottabad, eight women and a child were killed and 13 others sustained serious injuries.

“At least 22 people, all belonging to Bandi Maira village, were returning from a neighboring village after attending a funeral ceremony in Galiyat when the overcrowded jeep skidded off the road at a sharp turn and fell into a gorge,” DSP Circle Galiyat Jameelur Rehman Qureshi stated.

Seven women and a child died on the spot and 14 others suffered serious injuries, he said, as a result.

He and his squad reached the spot immediately after the accident, according to the police officer, and began a rescue operation. “The police shifted the injured and bodies to the DHQ Hospital Abbottabad after retrieving them from the ravine.”

Later, the critically injured persons were referred to the Abbottabad Ayub Teaching Hospital (ATH) where the wounds were inflicted on a wounded woman.

Police also filed a complaint against the driver as he fled the scene and proceeded to raid for his apprehension.

India is patronizing terrorists and other banned organizations to create unrest in Pakistan: FM