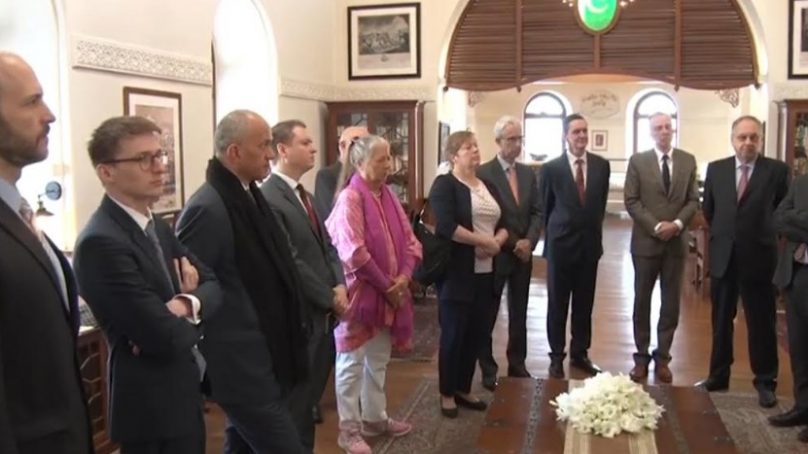 The statement by Inter-Services Public Relations (ISPR) confirmed that European Union Ambassador to Pakistan Androulla Kaminara called on the Chief of Army Staff (COAS) General Qamar Javed Bajwa. The statement said that the matters of security concern, the current situation in Afghanistan, and strengthening bilateral ties will be discussed with the European Union. The Army Chief expressed pleasure and said that he looks forward to making multi-domain relations strong based on the common interest of both countries.

The EU Ambassadors praised the part Pakistani is playing to improve the current situation in Afghanistan and its efforts for regional stability. They have also pledged to show complete support in the improvement of diplomatic dynamics at every level.

Recently, Deputy Foreign Minister of Canada, Marta Morgan also called on Chief of Army Staff where they discussed the bilateral cooperation in all fields. They also talked about the collaboration in humanitarian assistance that is provided to Afghanistan.