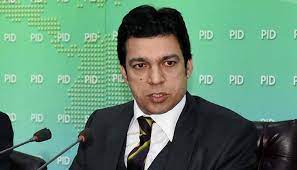 The leader of Pakistan Tehreek-e-Insaf, Faisal Vawda has criticized other leaders who have shown their support for Jahangir Tareen. Vawda mentioned that Tareen can never be Imran Khan so he should not act like he is. He mentioned that Tareen has maintained his reputation and earned respect in politics with the help of PM Imran Khan, whatever he is today he owes it to the PM.

Vawda said even if they put 50 million Jahangir Tareens and 50 million cabinets together, they cannot become Imran Khan. He added that the Tareen group cannot tolerate the pressure by SHO while taking to the news channel anchor.