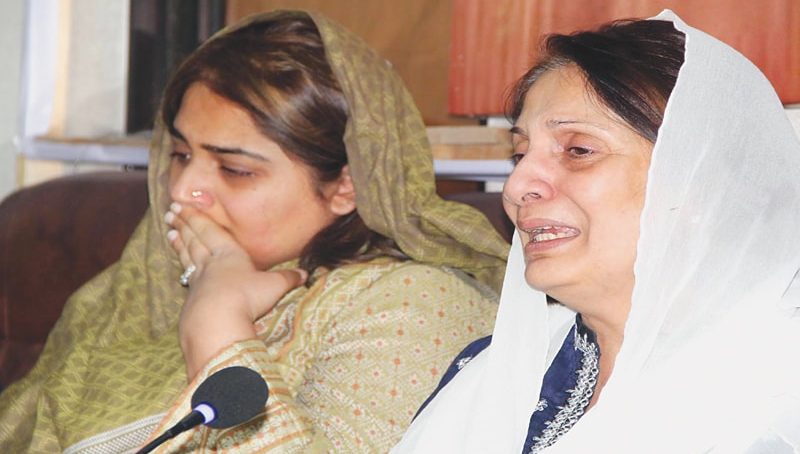 The family of a young man who was killed by police near the Cantonment Railway Station last week on Thursday demanded a high-level inquiry into the incident and exhorted the chief justice of Pakistan to take cognizance of the matter.

The mother and sister of the victim spoke at a press conference at the Karachi Press Club in which they expressed their disappointment over the speed of the prob into the incident.

“My son was a British citizen; yet, I have not sought help from the United Kingdom. We want justice [for] Nabeel in the same manner as the world deals with such brutal murders,” said Nabeel’s mother.

She went on to say that her son was a sportsman who was killed by the police in cold blood, adding that no law allowed the police to open fire on an unarmed citizen.

“The policemen who shot at my son ran away; and they were even not bothered enough to shift my seriously wounded son to hospital.”